The Proteas lost half their batting order chasing down a lowly 118 against Zimbabwe when it really should've been a stroll. 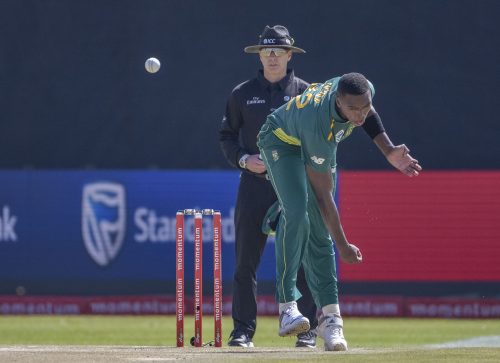 Lungi Ngidi believes it would be unfair to criticise the Proteas batsmen after they made life difficult for themselves during a five-wicket win over Zimbabwe in Kimberley at the weekend.

Tasked with only chasing down 118, South Africa lost half their batting order in taking a 1-0 lead in the three-match series.

“It was challenging for everyone,” said the strapping young fast bowler, who starred with figures of 3/19.

“The wicket was a different one. It was a bit uneven.”

Even so, at least three of the Proteas’ wickets looked wasteful as Aiden Markram, Christiaan Jonker and batting hero Heinrich Klaasen, who made a fine, run-a-ball 44,  miscued attacking shots.

It suggested a lack of match awareness and inexperience.

“The guys are always aware. They always make sure they see how the opposition has batted before, so they did have that in mind. As bowlers, we also let the batters know that the good areas we hit were tough to play,” he said.

Meanwhile, Ngidi’s enjoying the input of Dale Steyn, who wasn’t selected in the starting XI despite expectations that he would return.

“He’s our most experienced bowler. And he also gave me a few tips when we were out there: maybe try a few cross-seam balls, maybe the odd slower one. It really does help having Dale in the system, and in the team. There are all sorts of ideas to bounce off him.”