Proteas take ‘Fudge’ Down Under

Titans stalwart Farhaan Behardien returns to the ODI squad as the national team places a premium on experience. 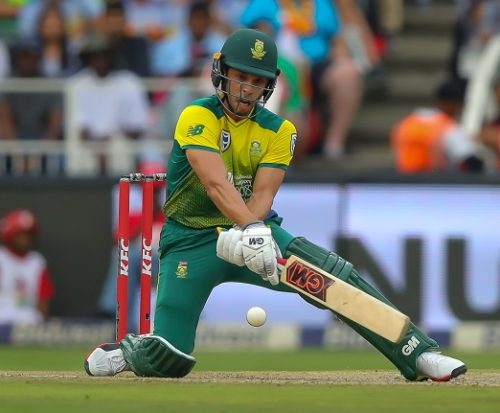 Farhaan Behardien of South Africa on the reverse sweep during the 1st KFC T20 International match between South Africa and India at Bidvest Wanderers Stadium on February 18, 2018 in Johannesburg, South Africa. (Photo by Gordon Arons/Gallo Images)

The Proteas’ message in the build-up to next year’s World Cup is becoming clearer: experience counts.

It is difficult not to come to that conclusion after the national selectors announced the squad for next month’s ODI series against Australia.

Arguably the most telling indication is the selection of Farhaan Behardien.

ALSO READ: Four issues for Ottis Gibson after the stroll against Zim

The 35-year-old Titans stalwart has been recalled after a period in the 50-over wilderness following the news that JP Duminy won’t be making the trip due to a shoulder injury.

There had been a view that Duminy’s absence could open the door for the diminutive Temba Bavuma, but it seems he still hasn’t played enough limited overs cricket for the selectors to shift him from the “Test specialist” bracket.

“We have also lost a lot of experience in our specialist batting order through the injuries to Hashim Amla and JP, and Farhaan gives us another experienced option in the top order,” said selection convener Linda Zondi.

South Africa have also fallen back on experience in terms of the all-rounders in the squad, notably Chris Morris and Dwaine Pretorius.

Morris’ inclusion was rather expected after a fine start to the domestic season.

“Chris confirmed his fitness with his excellent form for the Titans in the first two rounds of the Four-day domestic series,” said Linda Zondi.

“He’s the leading wicket-taker in this competition to date and also adds value as a batting option in the lower-order.”

Pretorius, however, is a surprise, but remains one of franchise cricket’s most accomplished jack-of-all-trades.