South Africa's collapse in Canberra earlier this week is only the latest installment in a series of struggles with the bat. 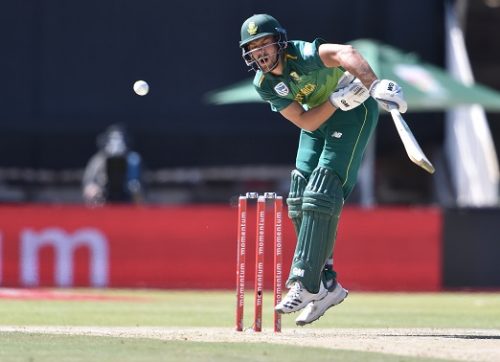 The reason for the Proteas’ depressing loss to an Australian Prime Minister’s XI on Wednesday wasn’t hard to pinpoint.

After all, Faf du Plessis and his men only managed 173 with the bat.

But the really concerning thing about that total is that it’s hardly a one-off occurrence.

Going into Sunday’s first of three ODIs against the Aussies in Perth, South Africa’s batting form in 50-over cricket for the past nine months has been distinctly poor.

In their last 14 matches in the format, the Proteas have passed 250 only twice, which includes the 363/7 they hammered against Sri Lanka in Kandy to secure their series win over the hosts.

That effort is also the only one to pass 300.

Meanwhile, South Africa have been dismissed for under 200 four times – including once against lowly Zimbabwe in Bloemfontein.

Two of those innings were 118 all out, in the second ODI against India in Centurion, and 121 all out, against Sri Lanka in Colombo.

Naturally, these lowly numbers extend to individual performances as well.

Only Faf du Plessis (120 against India in the first ODI in Durban) and Reeza Hendricks (102 in Kandy) have passed three figures.

JP Duminy joined in the Kandy run-fest with a quickfire 92.

13 scores of over 50 in 14 matches looks decent on paper, but there’s some perspective required in this regard.

Only twice have the Proteas had an innings where two or more players scored a half-century – in Kandy (again) and in the recent third ODI against Zimbabwe.

The only member of the top order that currently averages over 40 over the past nine months and 14 games is skipper Faf du Plessis (252 runs at 50.4).

Even those numbers are distorted as he’s only played five matches due to injury.

Those are not world-beating numbers.