It's certainly an interesting take from the Proteas Test batsman... 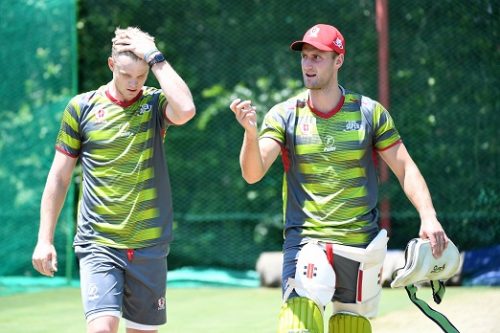 Never short of an interesting take on cricketing matters, Theunis de Bruyn has a recipe for increasing the buzz surrounding the Mzansi Super League (MSL): make it a battle of the egos.

It sounds rather self-centered, but it’s actually a pretty fascinating idea.

Ahead of Wednesday’s Gauteng derby between the Tshwane Spartans and Jozi Stars in Centurion, De Bruyn was asked how he feels about facing a fired-up Kagiso Rabada.

“I didn’t actually watch how he struggled in the game against the Cape Town Blitz. I hear Quinny (Quinton de Kock) laid into him a bit,” the Proteas Test batsman said on Tuesday.

“It’s all these little battles that make for interesting viewing. One day, you dominate a bowler like KG and other day he’s all over you. It’s a nice dynamic. It’s what makes a tournament of this nature good to watch.”

Indeed, in the absence of overseas superstars, the MSL has had to find another way of making its product compelling.

And by all accounts, there’s no better way currently than banking on the national players – remember, it’s a World Cup year after all – trying to get one over another.

“It’s about egos,” said De Bruyn with a smile.

“It’s these internal battles. I don’t only hope that’s the case with this year’s tournament, but for years to come.”

Such showdowns become all the more important given that fans are still familiarising themselves with the franchises.

“To be honest, it really doesn’t feel like we’re playing a derby,” said De Bruyn.

“Maybe the first game (against the Blitz) felt like a derby. It had a North-South vibe to it, but it really doesn’t feel like a derby on Wednesday. Maybe it’s because there are still so many new teams to get used to.”