All you need to know about new Protea Pieter Malan

The Cobras opener is on standby for the Wanderers Test against Pakistan. He's certainly taken the long road to get there. 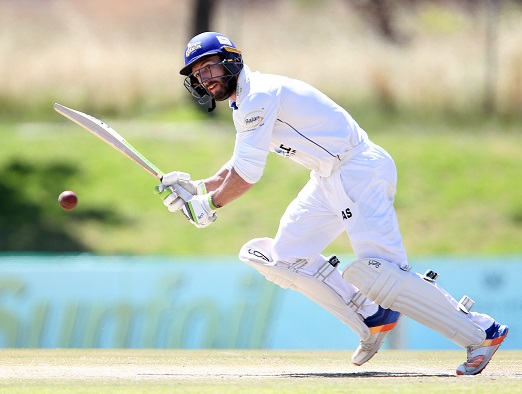 On Wednesday, the Proteas selectors announced that Pieter Malan would be put on standby for the third and final Test against Pakistan at the Wanderers starting on Friday.

His recognition is down to concerns over Aiden Markram, who’ll have to pass a fitness test on Thursday on a bruised thigh.

But who exactly is the man earmarked to replace him should he not be deemed ready to play?

Here are some quick facts on a man who’s taken a hard and long road to getting into this position.

Who is Pieter Malan?

The 29-year-old right-hander is an opener for the Cape Cobras.

He was a bit of a prodigy during his youth…

He was indeed. He was a member of national Under-19 side that finished second in 2008’s World Cup.

That side was captained by Wayne Parnell and featured other notable Proteas such Reeza Hendricks and Rilee Rossouw.

So what went wrong?

Malan had to establish himself at senior level at the same time the Titans – then under the coaching of Richard Pybus – began to establish themselves as the premier franchise in the country.

Stuck in a system brimming with big names, he fell behind in the pecking order and didn’t always grab the limited opportunities presented to him.

He tried his hand in England then…

Malan was by all accounts a hit on the UK’s club cricket scene.

He made waves in 2011 by becoming the first player for Barrow to score a 1 000 runs in the Northern Cricket League and was even signed as Ramsbottom’s club professional in 2012.

A change in scenery also didn’t help initially, did it?

His move to Cape Town also didn’t seem to pay off as he continued to be stuck in club cricket.

Malan actually admits that he came very close to calling it quits after a colleague at Durbanville Cricket Club offered him a full-time sales position.

He certainly agonised given that time was moving on, but decided to give himself one more shot.

Did that do the trick?

Malan became a regular for Western Province, but provincial teams – as feeders for the franchises – only compete in a semi-professional league.

It’s an environment where one really needs to stand-out and the man from Nelspruit certainly did his best – averaging an incredible 118.7 in scoring 1 069 first-class runs during the 2016/17 season.

That earned him a ticket to the Cobras’ pre-season training camps and then new coach Ashwell Prince reportedly only needed 20 minutes of Malan in the nets to convince him the hard-working opener deserved a big break.

And the rest is, as they say, history?

A mammoth 892 runs at 55 in the domestic four-day competition.

629 runs in the current four-day campaign, with still three rounds to play.

Yip, one can probably argue that his form over the past two years has been pretty compelling.

He’s also turned out for South Africa ‘A’.

What do his peers and coaches say about him?

“He’s been phenomenal. He’s banged the door down with all the runs he’s scored. Pieter works really hard. Like any player, he has his weaknesses, but he understands his game. That’s important.” – Cobras coach Ashwell Prince

“I have respect for him because he persevered more than most. He never gave up on his dream.” – Teammate and former Proteas seamer Rory Kleinveldt.

His family is pretty talented, aren’t they?

Youngest sibling Janneman was outstanding in the Mzansi Super League for the Cape Town Blitz and is considered a hugely exciting prospect.

Andre has played franchise cricket for the Highveld Lions and is currently Western Province’s captain.