The 19-year-old Warriors keeper-batsman started as a promising rookie this season. Now he's one of the best batters in the country already. 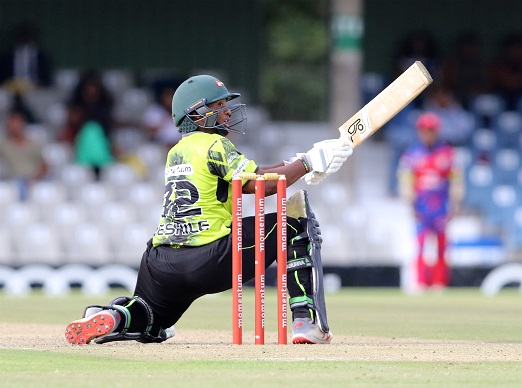 Aiden Markram’s rampant form in the domestic One-day Cup – he’s scored 308 runs in two innings – might be giving the national selectors more immediate food for thought, but there’s a 19-year-old making them take note for the future.

Sine Qeshile has become one of the most talked-about players in this year’s franchise campaign because of his run-scoring feats.

“I’m really happy for him. He’s a young man with a very mature head on his shoulders,” said Lawrence Mahatlane, the national Under-19 coach.

And boy, has that attitude been paying off for the precocious Warriors wicketkeeper-batsman.

Over the past weekend, Qeshile rattled off scores of 121 not out (off just 105 deliveries) against the Highveld Lions on Friday night before smashing a 62-ball 88 in vain against the Titans on Sunday.

Add his match-winning 54 earlier in Paarl and the teenager from King William’s Town boasts a haul of 264 runs in just four innings at an average of 88.

Qeshile also ended with 735 runs at 52 – including seven half-centuries – in the domestic four-day campaign.

“He truly is a batsman for all formats,” said Mahatlane.

“That’s a rare talent for a player his age. They usually take a year or two once they reach senior cricket to settle in that regard.”

Yet Qeshile doesn’t merely rely on his obvious gift for batting to get him somewhere.

Instead, he’s a classic example of sheer hard work.

Qeshile – like many other aspiring black cricketers – had his first taste of the game in the mini-cricket programme before being exposed to the proper red ball at primary school in Gonubie.

But the young boy, the son of a domestic worker, didn’t have the means to obtain his own equipment.

He thus gratefully took care of the second-hand goods given to him by a good Samaritan as well as the financial assistance provided by a European family.

Offered a scholarship to Hudson Park High, Qeshile knuckled down and repaid everyone who invested in him.

“I think because he worked so hard, he also learnt about his game quicker than many other players,” said Mahatlane.

“Just look at his stats. He can bat doggedly, but clearly also raise the tempo. It’s a very eye-catching skill. He’s really on his way to becoming a potentially very important player in local cricket.”