But the precocious opener also has 'perspective' after being recalled to the Proteas ODI squad. 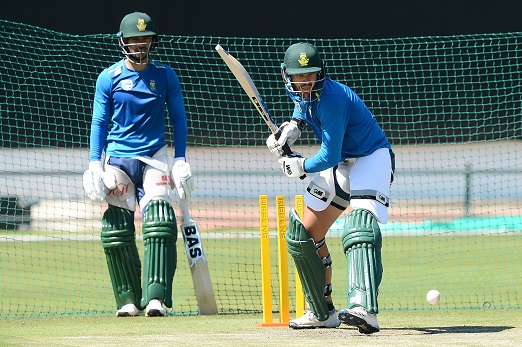 The ferocious manner with which he’s scored runs the past two weeks suggested a bit of anger, but Aiden Markram again insisted that there are no hard feelings for him being initially dropped from the Proteas’ ODI squad for the series against Sri Lanka.

Sent back to the Titans to keep up his match fitness, the 24-year-old promptly smashed an incredible 393 runs in just three innings in the domestic One-day Cup.

ALSO READ: Markram and the veterans back in Proteas ODI squad

“By no means have I spent these past few weeks wondering about selection,” Markram said on Tuesday ahead of Wednesday’s fourth match in Port Elizabeth.

“I was left out of the squad and rightly so. My numbers simply weren’t good enough. Since then, it’s just been about trying to invest all my energy into the Titans. I’m coming back into the national squad with the same mindset, full of energy and positive vibes.”

Even if the selectors’ snub shook him out of a bit of complacency, Markram attributes his red-hot form to being allowed to tweak his game in a less pressurised environment.

“Look, it’s easy to say that a change in mindset did the trick, especially when you’re scoring runs. But the goal a couple of weeks ago was really to just spend as much time at the crease as I could,” he said.

“I found I was a few gears ahead of where I should be. The past few games have allowed me to time my innings a bit better. The longer you spend time at the wicket, the easier it gets. I batted No 5 (against the Cobras during his 169) but came in quite early. I could just bat under no pressure to score runs because we needed to take the innings as deep as we could.”

As a result, sneaking into the World Cup squad is now a distinct possibility.

But now Markram needs runs at international level too.

“There was a stage when World Cup selection was really important to me. But like a lot of things in life, a setback put things in perspective. It would be a dream come true and I’d fight tooth and nail to get in. However, by no means am I floating around. Whatever happens will sit easy with me.”