‘Zulu’ wants to bring the fire back to new-look Proteas

The legendary all-rounder, who'll be a temporary batting coach for the national side, detected a lack of passion during the poor World Cup campaign. 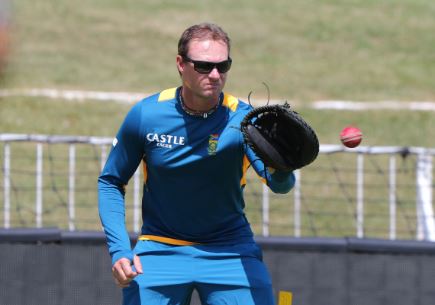 Rediscovering the passion to play for  South Africa  is something that Lance ‘Zulu’ Klusener  wants to bring into his new role as Proteas batting coach for the upcoming T20 series in India.

The former Proteas all-rounder, considered one of the country’s best ever ODI players, looked on with the rest of South Africa as the Proteas crumbled to a 7th place finish at the 2019 World Cup in England.

It was a horrible showing from Faf du Plessis’ men, and one that ultimately cost Ottis Gibson his job as head coach.

Now, under the new leadership of interim team director Enoch Nkwe and acting director of cricket Corrie van Zyl, the Proteas are starting fresh and on Thursday it was revealed that Klusener would have a key role to play in that renewal.

The 47-year-old, who has an impressive coaching resume that includes being head coach at the Dolphins from 2012-2016, batting coach of Zimbabwe and in charge of numerous T20 franchises around the world, wants to be a part of a culture where players put it all on the line for the Proteas badge and their country.

“From the outside and what I’ve seen, I just don’t necessarily see that passion to play for South Africa anymore. That’s something that the coaches will need to tackle and have a look at,” he said on Friday.

“That’s just what it looked like. I haven’t been in the system and I’m sure the guys were trying, but it just didn’t look like it should.

“I think finding that passion of playing for your country again is half the battle. “There is no other option … we have to get things right.”

Klusener, who has been coaching for around 13 years now, believes that 80% of coaching is getting the players in the right mental space.

“I think there are people in there who probably don’t believe they can mix it with the best in the world,” he said.

“The talent is all there.”

With hurt of the 2019 World Cup now a distant memory, the Proteas can turn their focus to the T20 World Cup in Australia next year.

That will be South Africa’s next opportunity to bag a major ICC crown, but Klusener knows there is still a long way to go.

The recent retirements of key players in the Protea set-up, combined with the fact that there are other key figures currently nearing the end of their careers, will provide a massive depth test.

“Those quality players leave huge gaps, so it is a challenge. Those players have also kept other players out of the team and some of those players are now on Kolpaks and playing overseas so we don’t have that experience to draw on.

“If you take where South African cricket is now, it will take a long time.

“It’s going to need some patience and understanding from a lot of people, but if there’s some consistency with the right people in the right places then we’ve got half a chance.

“There is a long road to go before we can be contending.”

Turning his attention to Nkwe, Klusener only had positive things to say about a man he has worked with domestically and abroad.

“Enoch has done extremely well with the Lions. He is a genuine and down to earth guy who has South African cricket at heart,” said Klusener.

“He has got everything he needs to the job as well as anyone else out there.”

The Proteas are expected to hold a camp in Pretoria at the beginning of next month before leaving for India ahead of the first T20I in Dharamsala on September 15.