Dolphins determined to rope in the pack 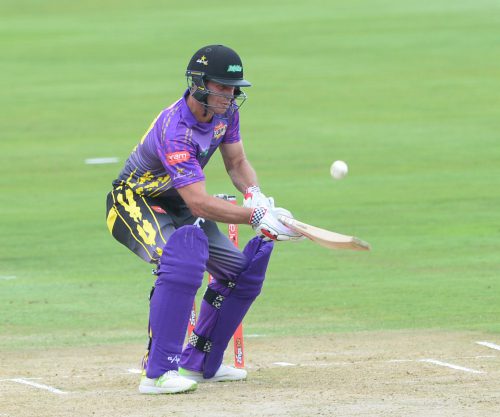 Sarel Erwee's reverse scoop was the highlight of a magnificent batting effort for the Dolphins. Photo: Lee Warren/Gallo Images.

Dolphins coach Imraan Khan admits his team have been underwhelming during the early part of the season and hopes they can at least end 2019 well when they welcome the Warriors to Kingsmead Stadium in Durban from Thursday.

The KwaZulu-Natal franchise are bottom of the table after four rounds of the campaign with their 36.12 points almost half of what leaders the Imperial Lions (66.08 points) have at this stage of the campaign.

However, Khan knows all too well that his side have only themselves to blame and he is hoping for much better in what will be their first match at their regular home in the current term.

“I don’t think we’ve played particularly good four-day cricket during the initial part of the campaign and that has been a bit disappointing,” he lamented. “I think we let ourselves down with our execution on more than one occasion, both with bat and ball.

“But the guys have worked hard since then and we’re keen to get some cricket in this week and hopefully come away with a win.”

Although the Mzansi Super League (MSL) has taken centre stage over the past six weeks, Khan says his players have gone back to basics in their bid for a better showing during the second half of 2019/20.

He continued: “The build-up’s been good. We’ve surprisingly had some really good weather here in Durban, so the boys have prepped nicely,

“They’ve been training hard and worked well in the MSL window period, those who were not involved in that competition.

“Before this past week there was a lot of a rain about, so they didn’t get to play much. A lot of the players were scheduled to play over the weekend but that was washed out. Besides that, they have been looking good.”

Their visitors to Durban arrive in fourth place but with the knowledge that a win will put them right amongst the contenders heading into the festive break.

“The Warriors we know all too well are a good team,” Khan adds. “If you look at the way they’ve played over the past two seasons then you will see how they’ve grown.

“They play a really good brand of four-day cricket, so they’re a dangerous outfit and we’ll have to give them the due respect. We know it will be tough, but we’re focussing on the job we need to do and hopefully that will be good enough.”

“It’s always tough playing the Dolphins in Durban,” he said. “It’s pretty tight as well in the competition with the top five really well-placed. But we know the Dolphins are quality. For us though, the emphasis is on our own internal processes and executing our game plan.”

Peterson added that his players were well aware that they could not afford any complacency on the east coast. “We need to make sure we keep our standards. I know it’s holiday time for everyone in South Africa, but for cricketers, this is working time and I expect that from my players.

“You have to keep your fingers on the players in terms of complacency and keep them focussed on the big picture.”