Ntini named U19 CWC ambassador as tournament launches in SA

He took more than 600 wickets for South Africa in an esteemed career spanning more than a decade. 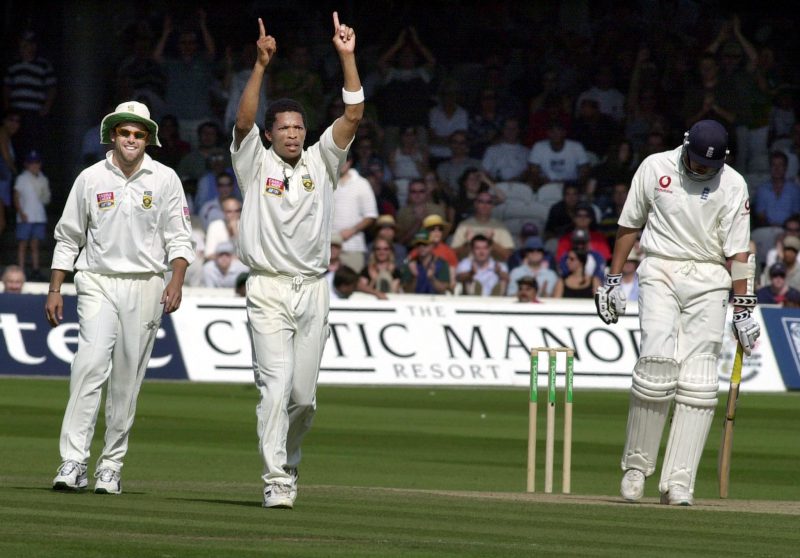 Makhaya Ntini celebrates one of his ten wickets at Lord's in 2003. Photo: Martin Hayhow/AFP.

Cricket’s brightest young talents are counting down the days until they take on the world’s best after the ICC U19 Cricket World Cup 2020 officially launched in South Africa.

Sixteen nations from five continents are set to contest the 13th edition of the tournament starting on January 17, with South Africa playing host for the first time since 1998.

The countdown until the opening match is now well and truly under way with guests and dignitaries from across the world gathering at Willowmoore Park, Benoni, for the competition’s launch on Thursday.

Current internationals Virat Kohli, Steve Smith and Kane Williamson are just a handful of those who made their name in the global showcase across the years, with new stars looking to shine bright and follow in the footsteps of the game’s biggest heroes.

“The ICC U19 Cricket World Cup is special for so many reasons. It gives the future stars of our game an unrivalled experience of global events and the opportunity to contest for a World Cup,” said ICC Chief Executive, Manu Sawhney.

“We are delighted that this event will be hosted in South Africa, showcasing the next generation of superstars of our game.

“I wish all the teams the very best of luck in preparations for the tournament and to Cricket South Africa in organising the event, as we look to successfully kick off the first of three ICC World Cups in 2020.”

Tournament ambassador Ntini took more than 600 wickets for South Africa in an esteemed career spanning more than a decade, with some of his earliest international memories coming as part of his country’s U19 squad.

His experience of top age-group honours hasn’t ended there, either, with son Thando proudly selected for the U19 Cricket World Cup in New Zealand almost two years ago.

“I am so excited and honoured to see the ICC U19 Cricket World Cup come to South Africa. The event, which is a celebration of cricket, gives the game’s future stars the opportunity to experience global events and a real flavour of international cricket at senior level,” said Ntini.

“I have very fond memories of my son’s U19 Cricket World Cup experience and am delighted that the people of South Africa can experience the event at first-hand.

“The event is a real celebration of the game and to bring the ultimate cricket experience to the communities of Potchefstroom, Bloemfontein, Benoni and Kimberley and to fans across South Africa is an incredible opportunity for the country to embrace and enjoy an exhilarating cricket World Cup.”

South Africa 2020 continues a proud tradition of global competition for the world’s leading teenage cricketers, with 27 current cricket-playing nations being represented since the first tournament in 1988. The upcoming edition will see Japan and Nigeria take part for the first time, two of 15 teams looking to stop India from defending the title they won in Mount Maunganui in 2018.

India are among the six former champions looking to reach the February 9 final in Potchefstroom, the exciting culmination of 48 matches held in venues spread across the country.