Temba Bavuma, who has not featured in this England Test series so far, will be returning to the Lions. 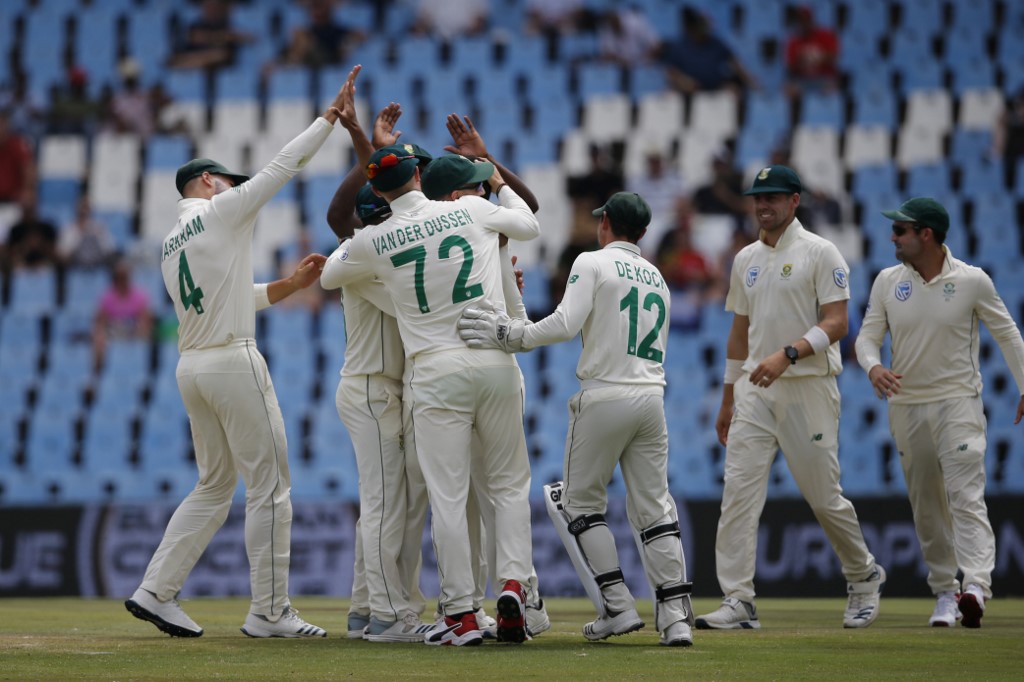 Proteas players celebrates after South Africa's Vernon Philander dismissed England's Rory Burns during the second day of the first Test cricket match between South Africa and England at The SuperSport Park stadium at Centurion near Pretoria on December 27, 2019. (Photo by MARCO LONGARI / AFP)

Some of the Proteas not playing in the second Test against England at Newlands have been released to play for their respective franchises for the upcoming 4-day series.

The next round of domestic franchise four-day series encounter’s starts on Monday, January 6.

Bavuma has not featured in this England Test series so far, losing his place to Rassie van der Dussen.

Bavuma will play for the Lions in their upcoming four-day clash against the Knights at the Wanderers.

With the third Test in Port Elizabeth starting on January 16, the 29-year-old will be looking to earn his place back in the Proteas Test line-up.

Meanwhile, Keegan Petersen will remain with the Proteas as 12th man for the duration of the Cape Town Test and will spend time working with batting consultant, Jacques Kallis.