Limited overs return a ‘step in right direction’ for Markram

"I’m very grateful to be back and glad that the Proteas still see me as being in their plans," said the opener who's back in the team for Pakistan series. 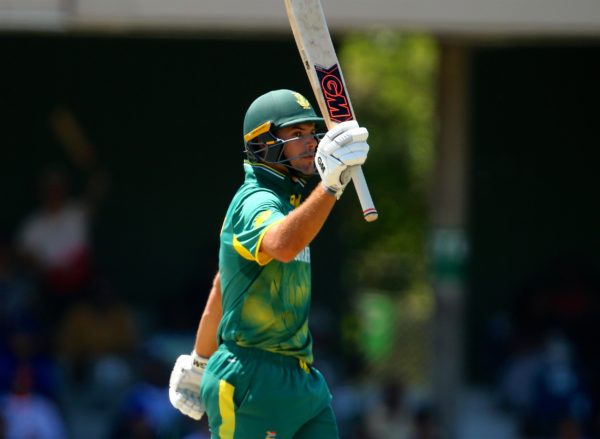 Aiden Markram has been a part of the Proteas set-up for a few years now and even captained the limited overs team at the start of his career, but he has yet to cement his place in the team, but will hope to now score plenty of runs, starting with the series against Pakistan. Picture: Richard Huggard/Gallo Images

It’s an axiom in cricket that batsmen should be picked when in form and no-one in the country has been in better touch this summer than Aiden Markram.

The Titans opener scored 945 runs in 12 innings in the Four-Day Franchise Series.

It is the reason why the Proteas have welcomed him back into their ODI squad, but it is an interesting selection because the 26-year-old has not played a 50-over innings since March 15 last year for the Titans in the Momentum One-Day Cup, and his last ODI innings was at the end of the 2019 World Cup against Australia in Manchester.

In white-ball cricket generally, Markram has this season only played a handful of domestic T20 games without much success.

“It’s been a while since I played 50-over cricket and it felt a bit foreign at the start of the week,” said Markram, who averages 27.95 with a strike-rate of 85 in his 26 ODIs, on Wednesday. Aiden Markram, seen here at a training session this week, is back in the Proteas limited overs team for the series against Pakistan, starting on Friday. Picture: Lee Warren/Gallo Images

“For me it’s about getting back to the game-plans when things were going well in franchise cricket; it’s more the mental side, bringing options that I think will work for me in these conditions. I still need to do a lot and I understand my white-ball cricket for the Proteas was not where I would like it to be.

“I certainly didn’t expect selection, you never do, but more so in this case. But I’m very grateful to be back and glad that the Proteas still see me as being in their plans; it’s a step back in the right direction for me.”

ALSO READ: Dale Steyn’s appreciation for Sisanda Magala: ‘He has fight in him’

Run-rates in ODIs are on a steep incline at the moment, with England and India leading the way, and it is the top-order that have been the oxidising agents for these fiery pyrotechnics, rather than the old big-hitters at the death. It is a trend Markram says the Proteas want to follow, but there are still question marks over what their top-order combination will be.

Quinton de Kock and Janneman Malan are the incumbent openers from the whitewash of Australia a year ago, but where do captain Temba Bavuma and Markram himself fit in?

“We’re fortunate to be able to experiment still and in my few discussions with the coach and captain they have told me to try and be quite versatile,” Markram said.

“So I’ll probably bat anywhere in the top four. I’m probably most comfortable right at the top, but I need to get to know batting at three and four a bit more. But wherever there’s a gap, hopefully I take it and put big runs on the board.

“England and India are probably the two best ODI sides in the world at the moment and their brand certainly works. So that’s what needs to be done to be up there at the top and we have discussed it as a squad. Conditions can change things, but the Highveld is generally good for batting and an aggressive and brave approach is what we want.”

The first ODI in the series’ against Pakistan is in Centurion on Friday.

Selection politics in cricket: Opinions clouded by past performances
1 day ago
1 day ago

'We are not rubbish', says emotional Proteas spinner Shamsi
6 days ago
6 days ago

Selection politics in cricket: Opinions clouded by past performances
1 day ago
1 day ago

'We are not rubbish', says emotional Proteas spinner Shamsi
6 days ago
6 days ago