The visitors are now likely to back Keshav Maharaj, Bjorn Fortuin and Tabraiz Shamsi as spin options, with George Linde left out of World Cup squad. 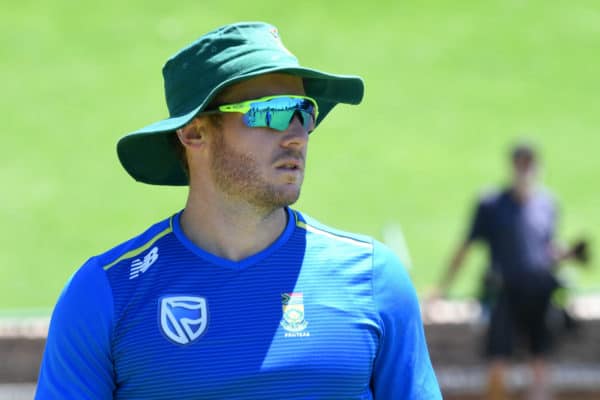 David Miller is back in the Proteas set-up having recovered from injury. Picture: Lee Warren/Gallo Images

The Proteas will want to continue to lay down the law as they have been doing recently in T20 cricket as their final dress rehearsal before the World Cup starts, in Sri Lanka on Friday, with South Africa having won six of their last seven matches in the format.

The figures for the year overall are slightly less impressive, with eight wins from 15 matches, but it was in the West Indies in June when their fortunes began to turn around, largely due to some continuity in selection as the commitment was made to start choosing the best XI with October’s World Cup in mind.

Spin-bowling all-rounder George Linde might want to call his lawyer over his omission on Thursday from that 15-man World Cup squad, having played an integral role in the recent run of success, but it probably makes sense for the Proteas to now leave him out and play the two orthodox left-armers they have earmarked for the UAE – Keshav Maharaj and Bjorn Fortuin.

It was confirmed on Thursday that Maharaj, who will be making his T20 International debut, will also continue captaining the side in the absence of Temba Bavuma, who was injured in the first ODI.

Although Maharaj has no experience in this format at this level, judging by his form in the ODIs, one can bet their house that he will be as reliable as ever with the ball.

The third ODI showed just how tough playing Sri Lanka at home can be, which will be great preparation for the tough conditions expected in the T20 World Cup.

“It’s never easy coming here. The pitches in the UAE won’t be as slow as here at first, but they will deteriorate with all the IPL and World Cup games being played on them,’ senior batsman David Miller, who is back from injury, said on Thursday.

“So there’s going to be a lot of emphasis on playing spin, we’ve been working on different ideas and options. There’s no substitute for winning and winning the series is our primary objective.”

Absent captain Bavuma, meanwhile, added from Johannesburg, “We want more of the same as we come off good performances in T20 cricket in Ireland and the West Indies.

“We want to build on that momentum and confidence, and role-definition is going to be quite crucial. Spinners and all-rounders is what we will rely heavily on and we need to assess and adjust to conditions. Our strength is playing as a team, being as smart as we can and combinations are key.”