"Due to fears of a further increase in the number of COVID cases inside the camp, India are regrettably unable to field a team." 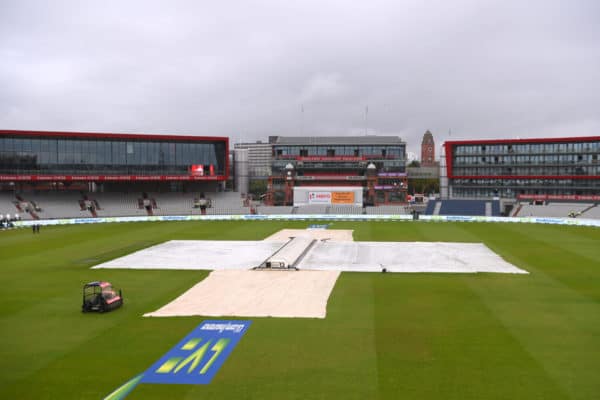 The fifth Test between England and India at Old Trafford has been cancelled. Picture: Stu Forster/Getty Images

The fifth and deciding Test between England and India due to start on Friday has been cancelled due to Covid-19 concerns in the tourists’ camp just hours before the match in Manchester was due to start.

The England and Wales Cricket Board said fears over the coronavirus related to an outbreak among backroom staff had left the tourists unable to field a team at Old Trafford.

Play should have got under way at 11am local time but just over two hours before the start, the ECB announced the match would not take place.

“Following ongoing conversations with the BCCI (Board of Control for Cricket in India), the ECB can confirm that the fifth Test between England and India men due to start today at Emirates Old Trafford, will be cancelled,” an ECB statement said.

“Due to fears of a further increase in the number of Covid cases inside the camp, India are regrettably unable to field a team.”

India cancelled their final training session and mandatory pre-match press conference on Thursday after reports that another support staff member had tested positive for Covid-19.

It appeared the match was going ahead when a fresh round of tests within the India camp produced a set of negative results but following talks between the ECB and BCCI the fixture was called off.

Reports said several Indian players harboured concerns over the spread of the virus and were unwilling to play, meaning India could not put out a team.

India were 2-1 up in the five-match contest and bidding for just a fourth series win in England.

The status of the match appears uncertain after the ECB retracted an initial statement that India had “forfeited” the fifth Test.