‘We can beat anyone,’ says Rabada about Proteas’ T20 World Cup chances

The experienced fast bowler said he wasn't interested in "baggage" from past ICC events. 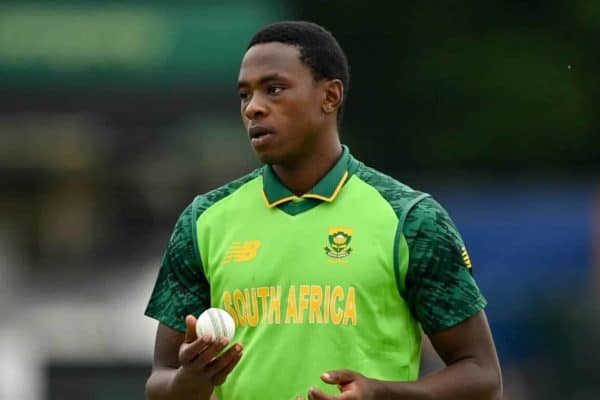 Kagiso Rabada believes that if the Proteas apply themselves correctly they're good enough to beat anyone at the T20 World Cup. Picture: Seb Daly/Sportsfile

Proteas pace bowling spearhead Kagiso Rabada does not want to talk about South Africa’s World Cup baggage but only “this fresh challenge in front of us” as they head into the last week before the T20 showpiece event starts in the United Arab Emirates.

The Proteas played their first warm-up game on Monday against Afghanistan and their campaign proper begins on Saturday against Australia in Abu Dhabi. A rebuilding South African team have not generally been counted among the contenders for the title, with that old chestnut of their previous record at ICC events always in the background.

“I don’t like talking about baggage too much, this is a fresh challenge in front of us,” Rabada said.

“The confidence levels are there and the rebuilding is going to plan. Everything that happened in the past is in the past, but we do take some confidence from this year.

“It’s just about playing now and we know that if we apply ourselves well then we can beat anyone on the day. It’s not worth talking about baggage and we are just taking it one step at a time,” Rabada said.

Rabada was a key part of the SA U19 team that won the Junior World Cup in 2014, also in the UAE, which South Africans hoped would be a breakthrough triumph in ICC events.

But since then the Proteas have reached two semi-finals (one in each format) and were knocked out of the 2016 T20 and 2019 50-over events in the group stages.

“There are a lot of good memories from the U19 World Cup here and it would be great to replicate that with the senior team,” Rabada said. “It would be extremely special to win this World Cup, my biggest life achievement in sport.

“It would be one of our highest achievements in South African cricket. A World Cup is really what is missing, just that.

“We hope that we’re the generation that can bring it back home. But I don’t let that expectation affect me, I don’t see it as a burden.

“I’ve learnt to embrace it, take it in my stride. Being a leader is something I’m eager to do, the team needs leaders.

“This team wants to express to the world how good they are and we are preparing as hard as we can. We will fight tooth and nail, that’s guaranteed.”