Miller calls on Proteas’ top six to fire: ‘We’re mindful of our tail’

The experienced middle order batsman will be a key man at the T20 World Cup. 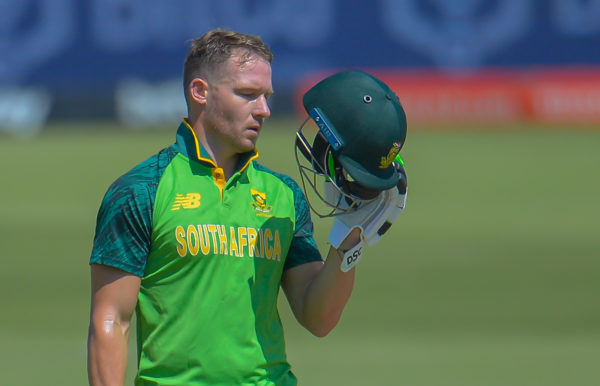 Middle order batsman David Miller has piled the pressure on the Proteas' top six to come good with the bat at the T20 World Cup. Picture: Gordon Arons/Gallo Images

The Proteas batters are prepared for flat wickets or tricky pitches at the T20 World Cup in the UAE, and are also willing to shoulder the responsibility of the top six scoring the majority of the runs due to the bottom of South Africa’s batting line-up being rather large, veteran slugger David Miller said on Wednesday.

South Africa’s strength during their recent winning run in T20 cricket has definitely been their bowling attack, especially their trio of spinners, but that also means they have a long tail.

Gone are the days of frontline bowlers like Lance Klusener, Shaun Pollock and Nicky Boje also being dangerous batters down the order.

“There’s been a lot of chat about the slower pitches and the one for our warm-up against Afghanistan (on Monday) was a bit low and slow,” Miller said in Abu Dhabi. “I expect they’ll get slower as we go along in the tournament too.

“The pitches in Dubai and Sharjah weren’t too bad in the IPL and if there’s dew then the ball slides on nicely. But only our last game is at night. We are also well-prepared though if the wicket is good.

“We have to be mindful of our tail, but we’ve had that for some time and we’re aware of it. But our all-rounders are seriously dangerous batters too and we feel we have a strong enough batting unit.

“Ultimately we want the bulk of our runs to come from the top six and if we don’t do that then we probably don’t deserve to win games. It’s the responsibility of the batters and lately we’ve been able to find ways of getting winning scores,” Miller said.

But Miller says his current role in the team is to guide the middle-order, as befits a man with his experience.