Kyle Verreynne eager to cement his place in Proteas squad

Verreynne will need to impress against the Netherlands if he wants to be in the reckoning for the upcoming series against India. 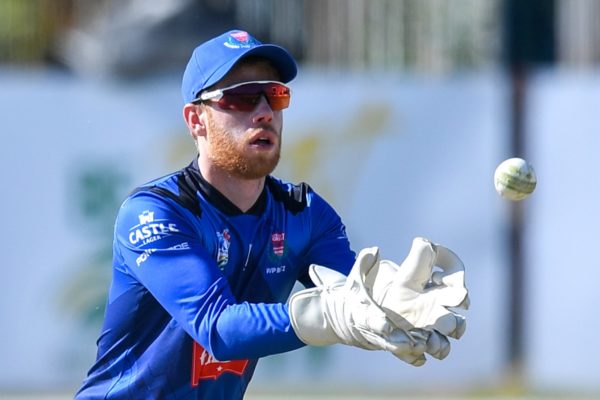 Western Province wicketkeeper Kyle Verreynne is in the Proteas squad for the ODI series against the Netherlands. Picture: Gallo Images

Proteas wicketkeeper-batsman Kyle Verreynne is fired up to take his opportunity should he be named in the starting line-up as South Africa kick off their three-match ODI series against the Netherlands at SuperSport Park in Centurion on Friday.

Verreynne has been on the fringes of the Proteas squad, featuring in eight ODI’s since his debut for the team against Australia in February last year, while he also played his first two Tests against the West Indies in June this year.

He was in the starting line-up in all three away ODI’s against Ireland in July and his last appearance for the Proteas came in September against Sri Lanka in Colombo, and with a massive series against India coming up he will be eager to put himself in the coaches’ thoughts.

“It is quite exciting every time you get to join the Proteas camp. The boys had quite a good (T20) World Cup, so it’s nice to come into this environment again and just be a part of it,” Verryenne said.

“The main thing for me personally this series is to get some game time and put some performances in that will hopefully put myself in the coaches’ minds.

“I want to use this opportunity as a platform to show what I am about and hopefully use this bit of consistent game time to cement myself, if not in the starting 11, then at least as a permanent squad member going forward for the next couple of series.”

With a strong top and middle order vying for spots in the Proteas side, Verreynne will need to impress against the Netherlands if he wants to be in the reckoning for the India series, with Captain Temba Bavuma, Quinton de Kock, Rassie van der Dussen and Aiden Markram expected to return.

“It’s always challenging to get a call-up (to the Proteas). You have to put in a lot of performances domestically and then, once you’re in the setup, to get a permanent spot in the line-up is quite challenging as well,” explained Verreynne.

“But that’s a good thing. I think it’s always good when there are six or seven guys competing for five spots, so it is quite challenging but fortunately in a series like this when they’re resting the big boys it gives the likes of myself an opportunity to stake a claim.”

The Proteas announced on Wednesday that fast bowler Junior Dala had been called up to the squad after seamer Lizaad Williams was ruled out through injury, while pace bowler Lungi Ngidi had been forced to withdraw after testing positive for Covid.