Dean Elgar's men came back from losing the first Test to win the next two to take the series 2-1. 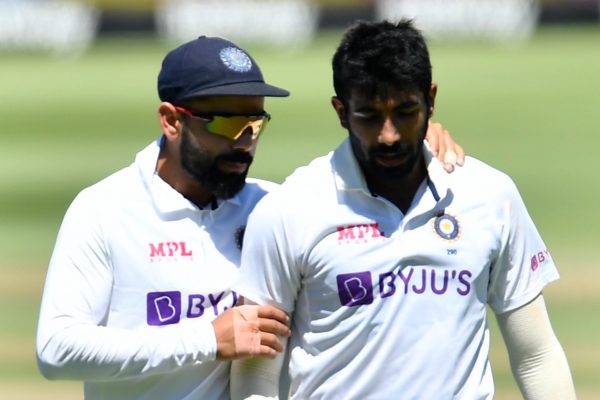 Indian captain Virat Kohli gave credit to the South African bowlers after the home team gained a series-clinching win by seven wickets on the fourth day of the third Test at Newlands on Friday.

Kohli said he was disappointed that India had failed in their mission to land a series in the only country where they had not yet succeeded.

It was particularly hurtful that the loss came after India won the first Test in Centurion.

“We know how far we have come as a team, that people expect us to beat the South African team in their own conditions,” he said.

“I’m not going to say we won in Australia and we won in England. You have to turn up for every series and we haven’t done that in South Africa.”

Speaking at the after-match presentation, Kohli said the South African bowlers had been more clinical in the “crunch” moments.

“Their bowlers, considering their height, were able to get more off the wicket. They were better in terms of applying pressure for longer periods of time.”

Kohli said lapses of concentration had been costly to the Indians. “The batting definitely has to be looked at – there is no running away from that. That is something we will have to analyse and correct moving forward.”

Asked at a press conference later about the future of veteran batsmen Cheteshwar Pujara and Ajinkya Rahane, Kohli said: “I cannot talk about what’s going to happen in the future.

“You will have to speak to the selectors. We have backed them because we know what they can do and you saw that in the second innings (of the second Test).”

It was a significant win for South Africa, sixth in the International Cricket Council Test rankings, against the number one side.

Elgar said he had thrown down a challenge to the players after their loss in the first Test.

“We need immense characters to stand up in these kind of tough situations. The guys responded brilliantly. We’ve got a young, talented group. The experience isn’t there but with every game in this environment we are gaining that experience.

“I’m a bit of an old school mentality,” he said. “I laid down some proper challenges, to senior players as well.”

Elgar singled out the bowlers for taking 60 wickets in the series but said it was a team victory. “Everyone has played a part in vital situations throughout the series.”

Keegan Petersen, who was named player of the match and player of the series, made 82 and set South Africa well on their way to chasing down a target of 212.

It was a tense chase before lunch on Friday, with South Africa having to work for almost every run on a pitch which gave assistance to the fast bowlers.

Petersen, on 59, survived a straightforward chance to Pujara at first slip off Jasprit Bumrah in the seventh over of the day.

Petersen went on to add 23 more valuable runs as he and Rassie van der Dussen (41 not out) put on 54 runs after resuming at the overnight 101 for two.

South Africa reached lunch on 171 for three and the Indians seemed resigned to their fate as the remaining 41 runs were scored at better than a run a minute.

Van der Dussen and Temba Bavuma (32 not out) took South Africa to victory with an unbeaten stand of 57.