Boland Rocks, the new franchise in the blossoming cricket area of Paarl, are worthy and popular champions. 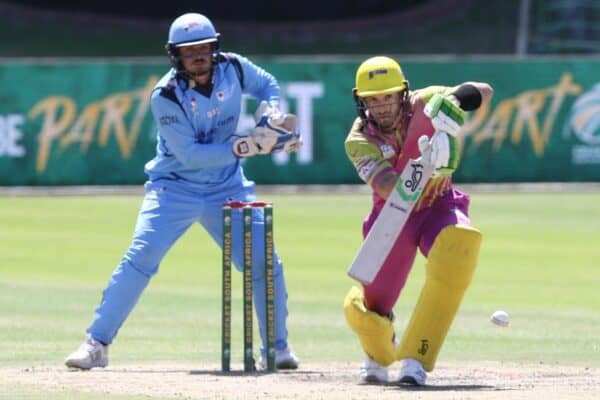 The Northerns Titans became the latest team to be stung by the irrepressible bowling and fielding of the Boland Rocks as the Paarl-based side shocked the tournament favourites by beating them by 15 runs in the CSA T20 Challenge final at St George’s Park on Sunday.

Chasing a modest 139 for victory, Northerns slumped to 29/3 inside the powerplay, but put themselves back into position to win with two handy middle-order partnerships.

Heinrich Klaasen (17) and Sibonelo Makhanya (37) added 35 for the fourth wicket as Northerns recovered to 64/3 at the halfway stage.

Klaasen was then beaten in the flight and bowled by left-arm spinner Siyabonga Mahima, but Makhanya and Donovan Ferreira made them favourites as they added 35 in 4.1 overs, needing just 40 more off 34 balls to win.

A run-out changed everything though as Ferreira was caught short by Ferisco Adams after confusion with Makhanya, and Hardus Viljoen then took a stinging return catch next ball to dismiss Aya Gqamane (0), the last of the recognised batsmen.

Boland were sharp at the death and the Titans closed on 123/9.

The spin of Mahima (4-0-22-2) and Imraan Manack (4-0-14-2) obtained bite out of the St George’s Park pitch and fatally undermined the Northerns’ chase, while fast bowler Viljoen took 2/14 in three overs.

Having elected to bat first, Boland lost wickets at regular intervals, but the fact they got to 138/6 loans credibility to the importance of having an anchoring batsman in T20 cricket.

Captain Pieter Malan, the leading run-scorer in the tournament, scored 71 of those runs off just 56 balls, batting through to the penultimate over in a matchwinning effort.

Viljoen provided a late boost to the innings by blasting 32 not out off just 16 deliveries.

Spinner Tabraiz Shamsi, helped by the tremendous frugality of Aaron Phangiso, who conceded just 13 runs in his four overs, once again ruled the middle overs with 3/20, while seamer Lizaad Williams was also good with 2/30.

But the Boland Rocks, the new franchise in the blossoming cricket area of Paarl, were worthy and popular champions.