The SA side are again set to play two spinners and also include the struggling Wiaan Mulder for the match against Bangladesh. 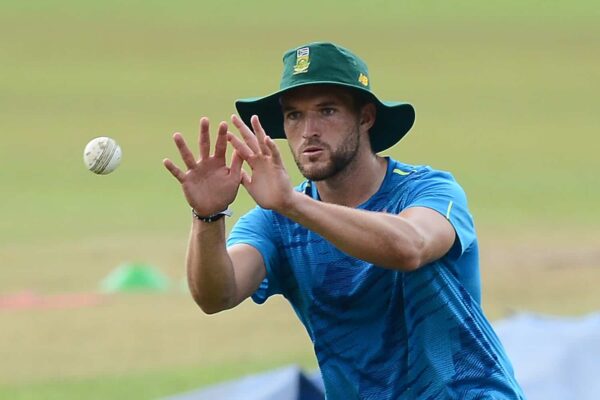 All-rounder Wiaan Mulder is set to play a bigger role for the Proteas in the second Test against Bangladesh. Picture: Isuru Sameera Peiris/Gallo Images

Proteas captain Dean Elgar said on Thursday that “if we want success then we need consistency in selection” as he indicated that much the same South Africa team will take the field at St George’s Park on Friday for the second Test against Bangladesh.

For the first time since 1970, South Africa played two frontline spinners in a home Test during last week’s thumping win over Bangladesh in the first Test in Durban, and Elgar said he expected conditions to be similar in the second Test.

So, Keshav Maharaj and Simon Harmer look set to both play again and even struggling all-rounder Wiaan Mulder remains in contention for the starting XI.

“If we want success we need consistency in selection and it’s normally a similar sort of pitch here as it is at Kingsmead,” Elgar said. “So I don’t think there will be many changes.

“I like the adaptability of our attack and I would love to have used Wiaan more. But when we saw the conditions, we decided to keep the pressure on with our world-class spinners.

“It might be different here in PE, especially if the ball swings, and then we’re more likely to use Wiaan to showcase his skills. The wind is a massive factor and it hasn’t stopped blowing since we got here.

“If it comes over the scoreboard then the locals call it the ‘Swing Wind’. But the players need to adapt to whatever circumstances come their way and the seamers might have a lot more work in this Test,” Elgar said.

ALSO READ: Rickelton admits excitement got to him in first Proteas knock

Bangladesh, meanwhile, have apparently lodged a formal complaint with the ICC over the Proteas’ alleged sledging during the first Test, which they say was ignored by the South African umpires.

Elgar, in typically hard-nosed fashion, said the tourists have to harden up to the realities of Test cricket.

“It’s not justified what they said towards the South African side. We do play hard, but we were just giving back what we got. And there was certainly no swearing, we do everything with dignity.

“They need to harden up and play at the Test level of intensity. It’s Test cricket and they must dry their eyes. There’s a lot that’s not seen, there are off-camera incidents as well.

“But we would not intentionally intimidate a young player with language, but with skill. When I started Test cricket, the environment was much harsher than it is now.

“We still want to win though, so if some mind-games can help you with that then why not use them? Maybe Bangladesh got caught up in the moment a bit … ” Elgar said.