The Proteas coach will face a misconduct hearing in the coming days, following findings at the SJN hearings. 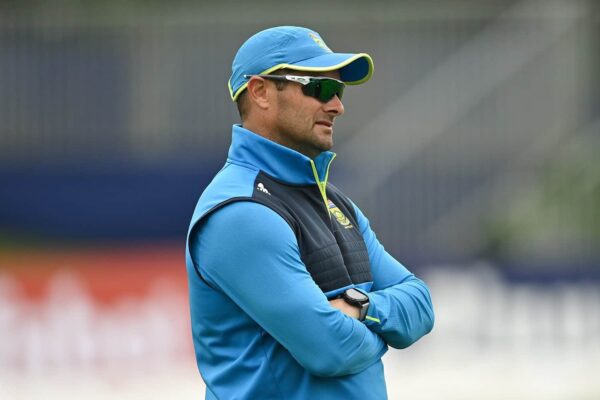 Adams, who’s name came up in the hearings in the last year and especially after saying he was called derogatory nicknames in his early days in the Proteas team, said he felt it was the right time to “set the record straight”, which he did Sunday morning.

Boucher, the Proteas head coach who has been almost singled out in some quarters for calling Adams racist names in a team sing-along, is set to appear before a disciplinary hearing in the coming days.

“I went to SJN with no malice but with good intentions so that current and future players, irrespective of race, wouldn’t have to go through what I and other players did in those times,” writes Adams.

He goes on to say that during his SJN testimony he explained how he felt after derogatory nicknames were used for him, being called “brown shit”, which he felt “humiliated” by.

“Not at any stage did I mention any players name who may have initiated the song. The only time I confirmed a name was when the panel asked if I addressed Mark Boucher personally about the nickname and I replied that he was part of a broader group that song the song and that I never addressed the matter within the team environment at the time.

“Not at any stage did I go in there with the intention to single out Mark Boucher as one can confirm by listening to my testimony.

“It is not my job or desire to find Mark Boucher guilty or not guilty. I will not be testifying at Mark Boucher’s upcoming hearing.”