There will be five events on the Sunshine Ladies Tour this season before the circuit concludes with the SA Women’s Open. 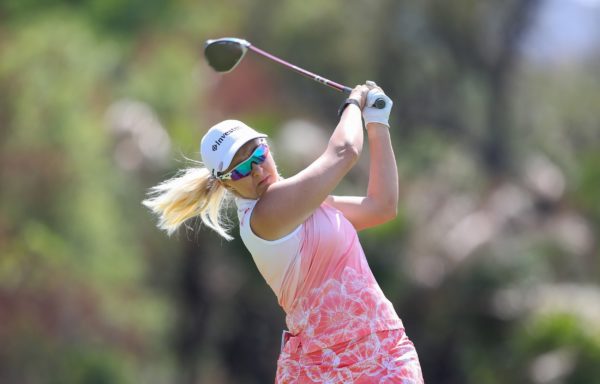 Lejan Lewthwaite is among the favourites at the Cape Town Ladies Open this week. Picture: Sunshine Tour/Gallo Images

The Sunshine Ladies Tour returns to action on Wednesday with the Cape Town Ladies Open at Royal Cape Golf Club, giving South Africa’s women professional golfers some much needed-competitive action, and leading contender Lejan Lewthwaite is hoping to negotiate the next six weeks of action with considerably more ease than when she tried to do her job last year.

Due to Covid, there was only one Sunshine Ladies Tour event last season after the SA Open in March – the Investec Royal Swazi Open in October – for South Africa’s women professionals to earn a living.

Lewthwaite, being one of the top women’s golfers in the country and a three-time winner on tour, is at least able to get invitations to play overseas, but even that did not work out as planned.

“I actually caught Covid in June but then I kept testing positive and then negative and then positive again, so it was very stressful and I couldn’t play the number of tournaments I wanted to overseas,” Lewthwaite said.

“There were plenty of false positives in those tests, but the authorities kept thinking that I had recontracted Covid, so my last pro tournament was in November in Spain.

“Since then I’ve just played a bit in Bushveld Tour events and with the men on the IGT Tour. I’ve just been trying to get back into competitive mode again, but it’s been a very difficult year.

“I’ve had to have lots of patience and just stick to my guns.”

There will be four other events on the Sunshine Ladies Tour this season – at Glendower, Gary Player Country Club at Sun City, Soweto Country Club and Fancourt – before the circuit concludes with the Investec SA Women’s Open at Westlake Golf Club from 13 May.