Covid-hit SA Open: Who to look out for at Sun City from Thursday 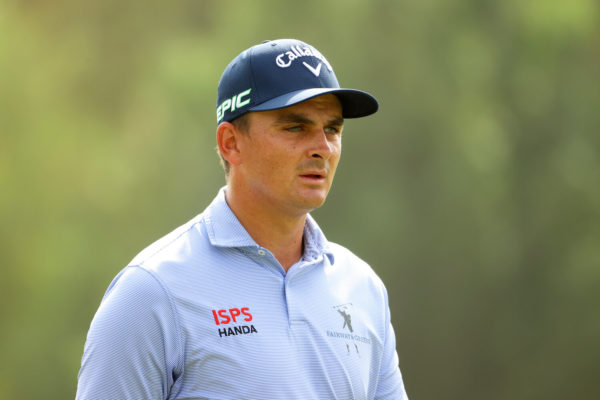 Defending SA Open champion from 2020, Christiaan Bezuidenhout, will be back playing at Sun City from Thursday. Picture: Andrew Redington/Getty Images

This week’s South African Open at Sun City may be missing the vast majority of the overseas contingent, but claiming the title of the second-oldest national open in golf is still not going to be easy with four golfers ranked inside the world’s top-100 leading the field at the Gary Player Country Club from Thursday.

Defending champion Christiaan Bezuidenhout is the highest ranked of those at No 48, but Garrick Higgo will be breathing down his neck, as he is on the rankings in 57th place, as the duo battle for the unofficial crown of being South Africa’s hottest young golfer.

Current form will probably count for more than the rankings though and the other two top-100 players in the field – Dean Burmester and Shaun Norris – are both in fine form and should pose a serious challenge.

Norris, who finished tied for third in last weekend’s Joburg Open, has been wonderfully consistent over the last few months. In 11 events on the Japanese Tour, he won the Japan Open, had three other top-10 finishes and five in the top-20.

Norris has enjoyed considerable success in Asia through the years, but will want to show just how good he is on home turf in the SA Open.

Burmester finished in the top-10 at both the Alfred Dunhill Links Championship and season-ending DP World Tour Championship in Dubai, finishing in a career-best 18th place on the European tour’s order of merit. He is another who is a better golfer than many may think.

Another contender to look out for is world number 111 Dylan Frittelli, who plays alongside Bezuidenhout and Higgo on the US PGA Tour and will be angry with his second and final round in the Joburg Open, when he shot one-over-par and dropped out of contention after his first-round 67 in the event that was reduced to 36 holes by the weather and Covid travel restrictions.

Those travel bans from South Africa have decimated the field in terms of overseas competitors, but there are still a few who will be teeing it up at Sun City.

Welshman Rhys Enoch is a regular Sunshine Tour competitor and he won the Cape Town Open in 2018 and the KitKat Group Pro-Am in March this year.

Scotsman David Drysdale and Brazil’s Adilson da Silva are also seasoned Sunshine Tour campaigners, Johannes Veerman is an American who won the Czech Masters on the European Tour this year and played in both the US Open and the Open Championship.

There are even still a couple of Englishmen in the field in Steve Surry and Chris Cannon.