Bekker in control of SA Open at halfway mark

The new DP World Tour member followed up his 65 with a 67 on Friday. 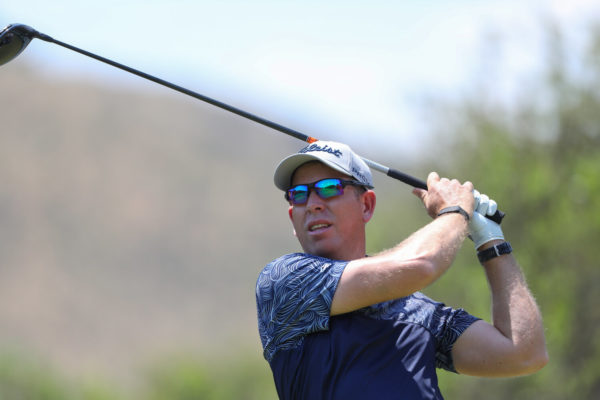 Oliver Bekker, with rounds of 65 and 67, leads by three at the halfway mark of the SA Open at Sun City. Picture: Carl Fourie/Gallo Images

Oliver Bekker has always seemed to be one of those cheerful, almost happy-go-lucky characters out on the golf course, but in private he was probably anguishing over winning more tournaments.

But the 36-year-old is now experienced enough to know that too much expectation can be as damaging as a lack of confidence.

Bekker still looks so comfortable and under control on the course and his maturity is reflected in how his career is progressing. Having won seven times on the Sunshine Tour, he competed on the European Challenge Tour this year and finished seventh on the order of merit, earning his card for the 2022 DP World Tour.

Now he leads the South African Open by three strokes midway through the tournament at the Gary Player Country Club, adding a 67 on Friday to his brilliant 65 on the opening day.

But proving that he is now at a different level by winning the SA Open is not on his mind.

“I don’t want to put myself under a lot of pressure,” Bekker said on Friday. “Every round I just want to try shoot under par and I’ve learnt that one or two under par every day is generally good enough.

“So I just try to grind it out every day, keep chipping away, and if you do keep under par then you will be there or thereabouts at the end of the day.”

That pragmatic approach combined with a razor-sharp short game saw Bekker collect six birdies in the second round, with his bogey on the par-four second hole his only dropped shot. He chipped in from just off the green for birdies on both the 14th and 16th holes, while he sunk a 40-foot birdie putt on the par-four eighth. And then there were also the up-and-downs when he managed to salvage par.

“It was really tough today, especially at the start when judging the wind was so tricky. You had about a five-second window to play your shot otherwise the wind would come from a different direction.

“But it settled down a bit, it was more consistent on the back nine and I got a bit closer to the pins and chipped in twice. I also scrambled really well and made my up-and-downs.

“Having the halfway lead means I’ve done half the job pretty well, now to finish the job. I haven’t made many mistakes and it helps when you’re so sharp around the greens. If I can keep sharp then there should be lots of opportunities over the weekend,” Bekker said.

Neil Schietekat, who shared the first-round lead with Bekker, did not manage quite as good a demolition job on the course on Friday, but still fired a two-under-par 70 to stay in touch on nine-under-par, three shots back.

“I was searching for my swing a bit and if that’s my bad round then I’m chuffed,” Schietekat said.

Justin Harding shot a wonderful 67 on Friday to join Schietekat on nine-under, while Danie van Tonder (68), Lyle Rowe (71) and Hennie du Plessis (70) are on seven-under.