SA racing goes down a storm in Hong Kong

Total gross turnover on the nine races was a staggering R628 million, with R528 million bet by Hong Kong punters. 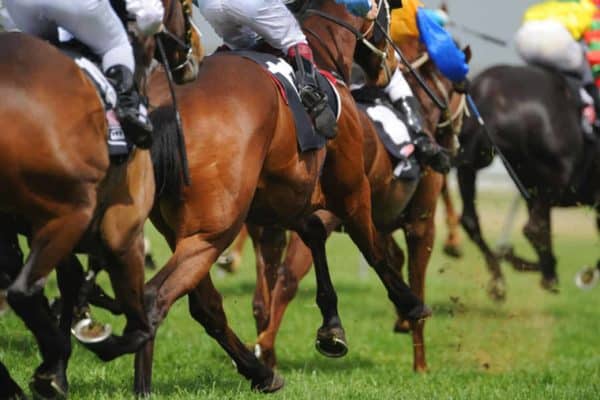 Punters wagered millions of Rands during the Gold Cup at Greyville on 31 July 2021. Picture: iStock

The HKJC classified Gold Cup Day as a World Pool event, with Races 2 to 10 being televised live in Hong Kong and the city’s tote offering its normal range of bets to customers. Win, Place, Swinger and Quinella tote pools on the nine races were commingled into the Hong Kong World Pools, with local South African TAB pools on all other bet types.

Total gross turnover on the nine races was a staggering R628 million, with R528 million bet by Hong Kong punters and the remainder coming from South Africa and other international partners.

This was 22% more than the aggregate for the first World Pool tie-up – on the Daily News 2000 meeting in Durban when there was one race less. If the additional race is excluded, total tote turnover on Races 2 to 8 at the Gold Cup reflects a 5% increase over the same races on Daily News Day – and this is in spite of more than R8 million being refunded on Race 2 because of a late scratching.

The Quinella and Swinger (“Quinella Place” in Hong Kong) were the most popular bets. Swinger pools on the nine races averaged R17.1 million and Quinella pools slightly less at R16.8 million.

The top-turnover race on the day was the Mercury Sprint. Nearly R100 million was wagered, significantly more than any other race and probably due to the presence of rank outsider Pearl of Asia.

The gelding’s name apparently caught the attention of many Hong Kong punters because he was well backed on the tote and paid R18.10 for a Win – after springing a local 40-1 surprise and beating 10-1 chance Sakheet by a neck.

“We were delighted by the increase in turnover,” said Lance Smith, who manages Tellytrack and Phumelela’s international operations.

“It was an extremely positive end to the South African horseracing season after a difficult few weeks, during which turnovers were adversely affected by the unrest and the fact that many TABs were closed because of the pandemic.

“The World Pools injected much excitement and interest into the day, with South African punters again afforded the opportunity to bet into massive tote pools on local races.

“On behalf of the tote and horseracing operators in this country, I would like to thank the HKJC for according World Pool status to the Gold Cup and all the individuals who contributed to the success of the day,” added Smith.