Cape Winelands finished top of the standings after going unbeaten in the round robin stage of the six-day competition. 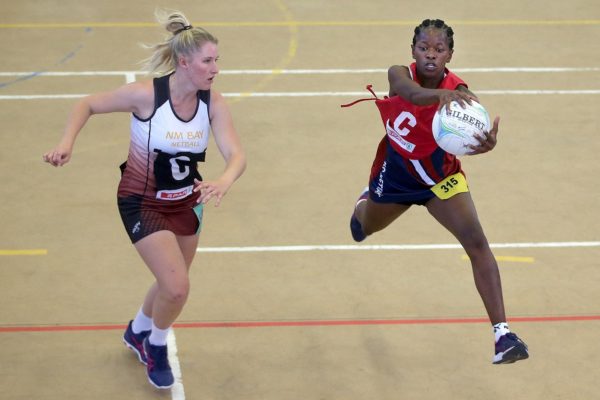 Though they ended bottom of the log in the round robin stage, Buffalo City coach Zandile Njeza was delighted with the effort produced by her underdog team at the Spar National Netball Championships in Cape Town this week.

The Buffalo City district side were knocked out ahead of the semifinals, along with Ethekwini, in the six-team A division.

The Eastern Cape outfit put up some solid fights, however, losing two of their round-robin matches by less than five points. They were edged out in a narrow 46-43 defeat against hosts Cape Town, and they were superb against a powerful Nelson Mandela Bay squad, despite losing 46-42.

They also beat Ethekwini 43-38, but they ultimately lost the log points after they were penalised for falling short of transformation targets.

“My motivation to the players, more than anything, was that they must enjoy themselves,” Njeza said.

“This is a tournament where athletes can make friends while showcasing their talents.

“Every coach aims to win, but that’s a bonus, and if we don’t win, then we mustn’t lose by a big margin.”

Cape Winelands finished top of the standings on Thursday after going unbeaten in the opening round of the six-day competition.

Winelands were set to face Johannesburg in Friday’s semifinals after the Highveld team finished fourth on the log with four points.

Nelson Mandela Bay, who were second in the standings after losing just one match to the dominant Winelands side, were gearing up for a semifinal clash with Cape Town, who ended third in the table with six points.

While some games had been played outside during the week, Cape Town captain Danelle Lochner said they were not concerned about the playoffs being contested indoors on the main court at Hoërskool DF Malan.

“But I think we’re doing well, and it’s not affecting us too much at all.”

The winning teams in the semifinals will compete for the national title in Saturday’s final.