At the core of his struggle in Tokyo was the fact that he just hadn't raced enough. 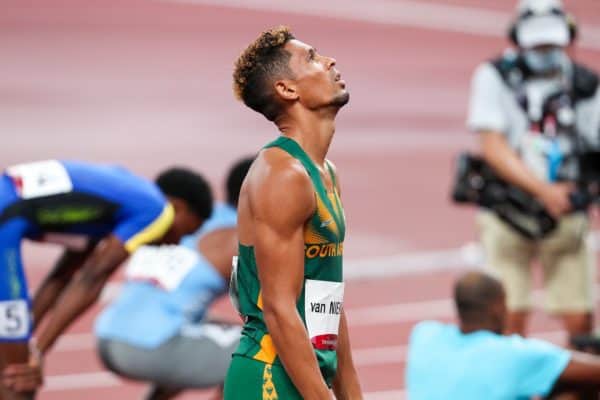 Wayde van Niekerk is back on the track, but the 400m world record holder is struggling to find his best form. Picture: Roger Sedres/Gallo Images

After he broke the world record to win gold in Rio five years ago, it was always going to be a shock if Wayde van Niekerk failed to reach the Olympic final.

But his build-up was far from perfect. Following his elimination in the 400m semifinals on Monday, we look at five things that affected his campaign at the Tokyo Games.

While change can be good, Van Niekerk’s decision to move to the United States a few months before the Games was always going to be a risk.

Parting ways with long-time coach Ans Botha, his departure was delayed by a couple of months due to Covid-related travel restrictions, and he eventually linked up with Lance Brauman’s training group in early May.

In hindsight, it might have been too much change ahead of the Games, but Van Niekerk will not have made those decisions lightly and he’ll have time to settle in as he looks ahead to the 2022 season.

After returning to competition on the domestic circuit early last year, following lengthy rehabilitation on his knee, his comeback was halted by the national lockdown.

And when he eventually arrived in Italy to prepare for the European season, he was sidelined by a positive Covid-19 test which restricted his international campaign to just one race.

Had it not been for the pandemic, his list of results over the last two seasons would have been far more extensive.

At the core of his struggle in Tokyo was the fact that he just hadn’t raced enough.

Since returning to the track last year, he had run just five 400m races and, by his own standards, he hadn’t gone very fast.

His ability to race hard over three rounds had been questioned ahead of the Games, and in the end he was just too rusty to really give it a crack.

Considering what he had gone through in the build-up, and his lack of race fitness, we expected too much.

Van Niekerk had expressed his own confidence before the Games, but what was he supposed to say? ‘I’m not really ready yet…’?

His elimination in the semifinals is probably as much of a lesson for the rest of us as it is for him.

We’ve left this to last, but it was of course at the centre of Van Niekerk’s struggles.

Ripping his knee in a touch rugby match shortly after winning his second world title in 2017, it took him a long time to recover.

It seems he has overcome the injury, but the reality is that it might take some time for him to get back to his best. If that’s even a possibility after all the hurdles he has faced.