Anchored by individual finalist Akani Simbine, the national 4x100m relay team will turn out among the medal contenders. 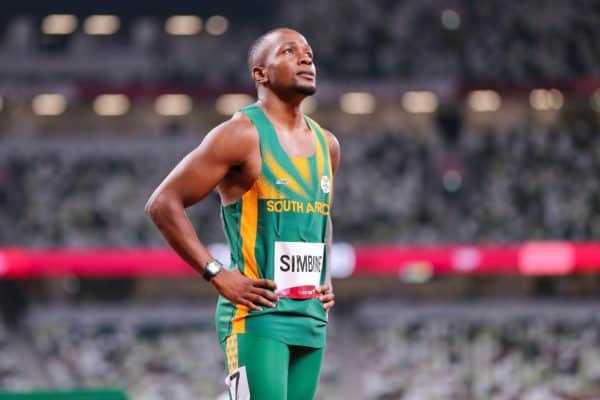 Akani Simbine of South Africa will be a member of the 4x100m relay team gunning for a medal at the Tokyo Olympics in the coming days. Picture: Roger Sedres/Gallo Images

With three in the bag, South Africa’s medal hopes are starting to run dry at the Tokyo Olympics, but the national squad can still add to their tally over the last five days of competition.

While swimmer Tatjana Schoenmaker delivered in spectacular fashion in the pool, securing gold and silver last week, and Bianca Buitendag stunned a quality field to take silver in the surfing competition, the track and field contingent has not yet made a contribution to the medal haul.

The nation’s top sprinters can still deliver, however, if they come right in the relays.

The SA men’s 4x400m squad finished fifth at the World Relays earlier this year, and they probably shouldn’t be written off, but the 4x100m team has a better chance on paper.

Anchored by individual finalist Akani Simbine, the 4x100m team will turn out among the medal contenders despite Gift Leotlela reportedly picking up an injury in the 100m semifinals.

In the absence of Leotlela, national relay coach Paul Gorries will have to make a tough decision in compiling the SA quartet for the short-sprint relay.

Munyai is an established member of the quartet, generally running the top bend, and while Van Niekerk and Maswanganyi are both in form over the 100m distance and could be useful over the first and second legs, they are not regular members of the team and will be in a race against time to get the changeovers right before Thursday’s heats.

In the men’s shot put, former world junior champion Kyle Blignaut was eighth best in the qualifying round but he does well under pressure, and though it will be a relative surprise, it will hardly be a major shock if he challenges for the podium in the final on Thursday.

On the golf course, Ashleigh Buhai will be eager to put up a fight when she turns out in the opening round of the women’s tournament on Wednesday.

And the rest of the country’s medal hopes will probably rest on the endurance athletes in the marathon events.

Michelle Weber and Michael McGlynn are likely to struggle in the 10km open water swims on Wednesday and Thursday, but they will want to make an impact in what is a largely undpredictable event.

It’s another long shot, at least in relative terms, but distance runners Gerda Steyn and Irvette van Zyl will also fancy their chances in the women’s road running marathon on Saturday, while Stephen Mokoka, Desmond Mokgobu and Elroy Gelant will turn out in the men’s race on Sunday.