Lions add a touch of nostalgia to their Super Rugby prep

The Johannesburg-based franchise rekindle the past by arranging a match against a Barbarians side at Ellis Park. 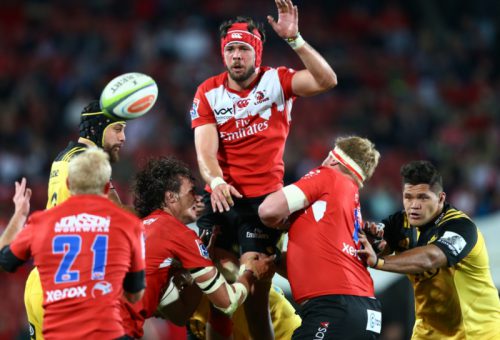 The Lions will play three warm-up games as part of their preparations for Super Rugby. Photo: Steve Haag/Gallo Images.

The Lions have gone retro with their preparations for this year’s Super Rugby campaign.

For the first time since 1992, the Johannesburg franchise will play one of their three warm-up matches against a Barbarians XV at Ellis Park on February 4.

In a move that aims to grant some of the foremost club players in the region to test their mettle, at least five stalwarts will included in the Barbarians’ starting line-up.

Yet before that, Johan Ackermann’s charges jet off to Zimbabwe to play their neighbours from across the Jukskei river, the Bulls on January 28.

This skirmish in Harare has become an annual event for the Pretoria-based franchise.

The Lions will complete their programme with a match against the Stormers at Newlands on February 11.

That game is earmarked to be a competitive run-out as the Lions announce their final Super Rugby squad earlier that week.