Pocket rocket playmaker of the Stormers, after months of being linked, inks a deal with the French giants Toulouse. 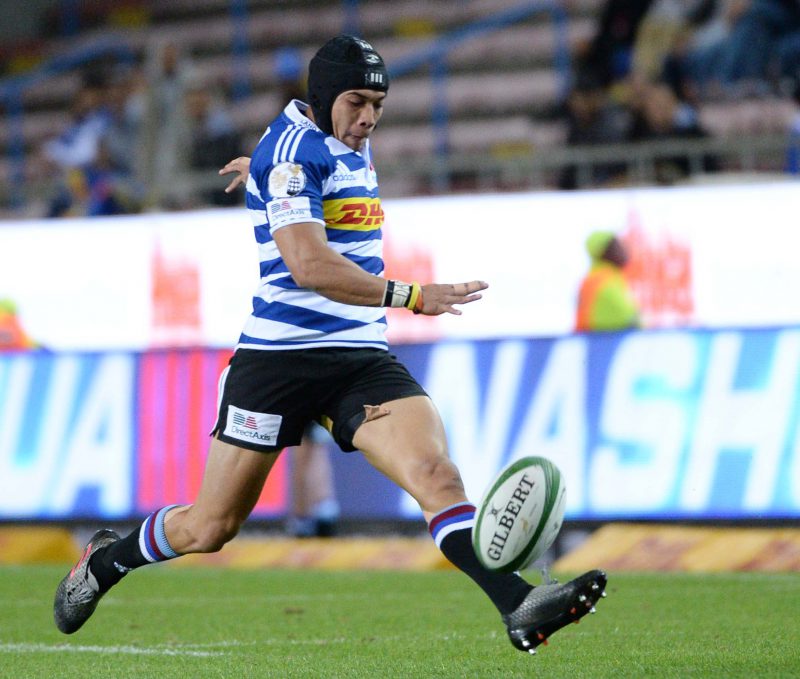 When will it end?

That will be the despairing question of many South African rugby fans after Cheslin Kolbe became yet another high-profile player to depart for Europe.

French club Toulouse on Wednesday confirmed that they had recruited the diminutive but dynamic fullback from the Stormers.

He will still play in this year’s Super Rugby campaign before departing.

The 23-year-old playmaker had been linked with the move since November after Western Province’s commercial arm was liquidated.

Despite having not appeared for the Springboks yet, Kolbe can’t qualify for France as his appearances for the Blitzboks and national Under-20 side prohibits him.

That is about the only good news for local administrators, who will bemoan his poor treatment from certain coaches.

Kolbe, who has developed into one of the most consistent players in a mediocre Stormers side, was last year expected to feature in the Green-and-Gold following Allister Coetzee’s appointment.

He was a key player for the Springbok coach during his time as Stormers and Western Province mentor.

But those links were forgotten last season as Coetzee ignored his claims.

Kolbe, who is only 1.71m tall and weighs a mere 80 kg, has continually been deemed too small for international rugby.

Yet Toulouse are more than willing to punt a player who has punched above his weight.

According to a club statement, they consider Kolbe a “devastating” runner and excellent defender.

Kolbe has indeed improved his marking and tactical kicking markedly.

“He will be complementing the way we try to play,” said Fabien Pelous, Toulouse’s director of rugby.

“His speed, kicking and aerial game will be an asset.”

Sharks boss satisfied, full of praise for returning Boks after Bulls win
34 mins ago
34 mins ago

URC preview: Stormers and Lions ready to rumble
4 hours ago
4 hours ago

Sharks boss satisfied, full of praise for returning Boks after Bulls win
34 mins ago
34 mins ago

URC preview: Stormers and Lions ready to rumble
4 hours ago
4 hours ago