Lions scrape through against Cheetahs in low quality scramble

It was an ugly, wayward cat fight as Johan Ackermann's troops eventually subdue a valiant home side in Bloemfontein. 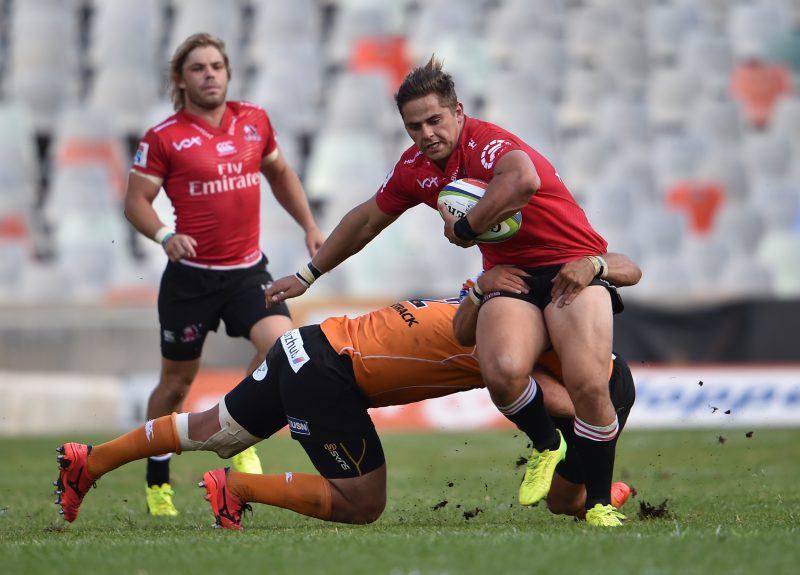 A late 77th minute try from centre Rohan Janse van Rensburg saved the Lions from defeat as they edged the Cheetahs 28-25 in a tense, error-filled Super Rugby clash in Bloemfontein on Saturday afternoon.

To be honest, the rookie Springbok centre’s crucial visit behind the try-line was more down to replacement scrumhalf Ross Cronje’s brilliant dummy and offload.

The rookie Springbok centre, who surprisingly played on the wing and Lionel Mapoe more in midfield, though still had to drag the ball in from behind him.

It was an ironic way for the Cheetahs to concede as they put the Lions under huge pressure with their solid defence and prevented them from playing their quick game.

The Cheetahs may have only scored one try to their provincial neighbours’ three but they can draw  confidence from an inspired performance.

In a game hampered by ordinary skill levels, the last 15 minutes was loaded with action.

Cheetahs flyhalf Fred Zeilinga seemed to make the game safe for the hosts as his fifth penalty put them up 22-16.

The Lions were then thrown an unexpected lifeline after being awarded a crucial penalty try in the 68th minute when the Cheetahs’ replacement lock Francois Uys collapsed a maul.

More importantly, the veteran had to spend time in the sin bin.

But the wayward Lions hardly took advantage as Zeilinga added another penalty to put the Cheetahs up 25-23.

And they probably never thought they would lose it from there.

How wrong that proved to be.

The scores were tied 6-6 at the break following a first half of poor quality.

However, the second 40 started brightly with the first try being scored within a minute when Cheetahs wing Raymond Rhule pounced on a loose ball.

The Lions fought back to score their opening try in the 53rd minute by centre Rohan Janse van Rensburg after wing Lionel Mapoe atempted a grubber.

The bounce was favourable and the score shrunk the Cheetahs lead to 16-13.

Zeilinga and Jantjies traded penalties to make the score 19-16 with just 18 minutes left to play and it proved nail-biting.

The Lions suffered two big setbacks in the first half when first centre Howard Mnisi had to leave proceedings in the 13th minute with a suspected torn posterior cruciate ligament to be replaced by Harold Vorster.

Then scrumhalf Faf de Klerk in his 50th Super Rugby game was yellow-carded four minutes before the break for cynically playing the ball on the ground, which resulted in fullback Andries Coetzee having to cover at No 9.

Both sides had their moments in the scrums, though the Lions were far more consistent in that regard.

The breakdowns though were a mess and numerous penalties were conceded in that area.