Sharks lose one of their early stars

Lock Etienne Oosthuizen sours a good start to the Super Rugby campaign by being suspended for two weeks for foul play. 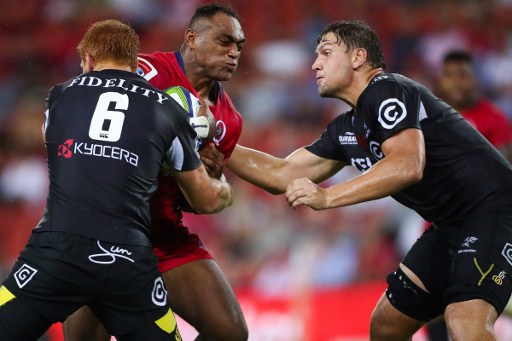 Sharks lock Etienne Oosthuizen has been suspended for two weeks after committing foul play during the defeat against the Reds in Brisbane in a Super Rugby match.

The SANZAAR Foul Play Review Committee accepted a guilty plea from Oosthuizen for contravening Law 10.4(a): Striking another player with a hand, arm or fist.

He was cited afterwards.

The incident occurred in the ninth minute of the match.

In his finding, Hampton ruled the following:

“With respect to the punishment, the committee deemed the act of foul play merited a mid-range entry point of four weeks.

“However, taking into account mitigating factors including the player’s good disciplinary record and early guilty plea the suspension was reduced to two weeks.”

Nonetheless, it’s a big blow to Robert du Preez’s side.

Oosthuizen, who also played for Jake White at the Brumbies, has improved gradually over the past few years and was on the few standouts in the 26-28 loss last weekend.

Stephan Lewies, a one-cap Springbok, is expected to replace him.