Coach ‘Toetie’ says thanks for keeping the faith 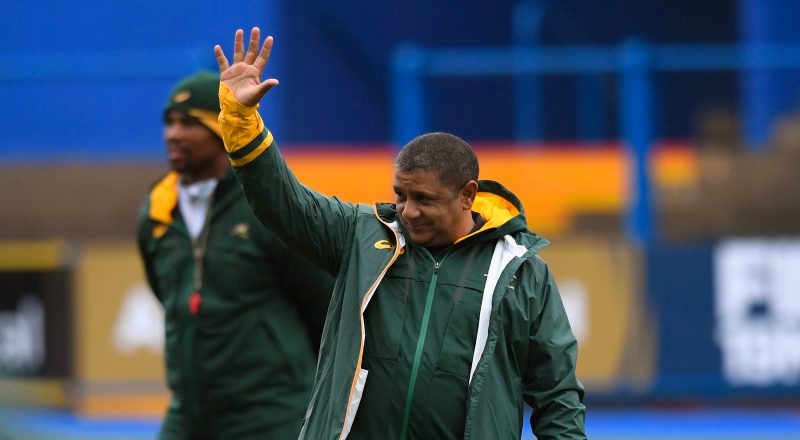 Allister Coetzee will at least be waving to the rugby public still till end June. Photo: Stu Foster/Getty Images.

There was probably no danger of him being ditched anyway but Allister Coetzee is still grateful to have kept his job as Springbok coach.

“I’m glad the review process is done and want to thank the executive council of the South African Rugby Union (Saru) for reaffirming their support in me,” he said.

“We have no excuses for our poor performances of 2016 even though last year was an extremely challenging season. Our below par performances will never be acceptable and we will have to turn it around.”

Coetzee wrote himself into the wrong section of the history books by only winning four of his 12 Tests last season, a pitiful win percentage of 33.3%.

But the appointment of Franco Smith, the Cheetahs’ mastermind, as assistant coach and the imminent confirmation of Brendan Venter as defence coach has brightened the mood.

Both are highly respected and inject experience into the coaching staff.

Coetzee believes the Springboks will be significantly better in 2017 because preparation will be more intensive.

“At this time last year I was still to be appointed. This time I have had the already been planning, holding meetings, preparation camps and fine tuning logistics. I want to ensure optimal performance,” he said.

“These plans were shared with the local franchise coaches.”

Naturally, some will criticise the appointment of Smith, especially given that he’ll juggle two posts now.

Yet the fact that there’s a new spirit of co-operation with the Super Rugby franchises, means Smith isn’t so far removed from the two responsibilities.

His Lions side differs in the way they play to the Boks but at least he’s aware of the national blueprint.

“We also shared our continuity plan for the Springboks with the franchises and I am happy with the progress we have made so far,” said Coetzee.

It’s probably the best South African rugby can do currently given their limited resources.