The Cheetahs unleash Ox; the other Kriel steps up for Stormers

The central franchise hopes their 'new Os du Randt' Ox Nche does the job, while Dan Kriel keeps out a Scottish international. 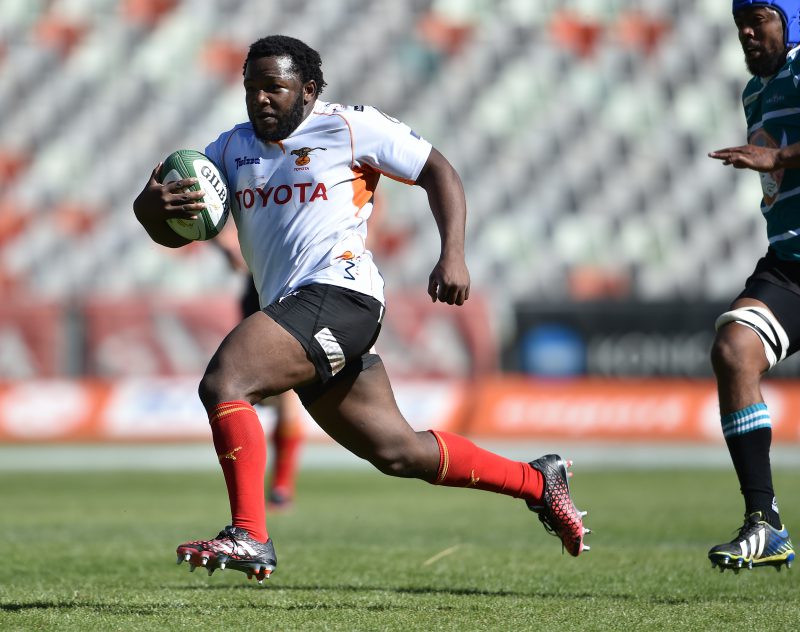 Ox Nche is ready to pound the Bulls in the tight phases and general play. Photo: Johan Pretorius/Gallo Image.

On Saturday evening, that wonderful feeling will be back in Bloemfontein when “the new Os”, Ox Nche, runs out against the Bulls in a Super Rugby derby.

The 21-year-old, who was named Currie Cup Player of the Year in 2016, on Thusrday was included in the central franchise’s starting XV at loosehead.

It should be considered a feather in his cap as forwards coach Corniel van Zyl admitted they didn’t want to change much to the pack of forwards.

“We felt it was important to keep our selection consistent. The pack of forwards performed well against the Lions and it’s only fair to reward them.”

Nche will also be keen to exploit any confidence issues Bok Trevor Nyakane, his direct opponent in the scrum on the weekend, might carry over into this game.

Nyakane was severely penalised against the Stormers.

At the back, the Cheetahs are missing the influential Sergeal Petersen on the wing though the experienced Rayno Benjamin is ready to fill the void.

“There are a few backline members injured now and that does put pressure on our depth,” said Van Zyl.

“But Rayno is wise and had a very good pre-season. There’s every reason he can make an impact.”

** Dan Kriel, Bok Jesse’s twin brother, is the man tasked with filling Damian de Allende’s void at the Stormers when they take on the Jaguares at Newlands on Saturday.

The talented utility back, who’ll play inside centre, is actually keeping a man of the stature of Huw Jones, a Scottish international, out of the side.

“He actually has a big game against England coming up next week. He only joined us on Monday and his mind seems occupied with that clash,” he said.

“There was no pressure from Scotland for us not to pick him. Huw is also suffering from a bit of flu, which made our decision easier.”