No Pat Lambie, no problem as the 19-year-old prodigy shows nerves of steel as the Waratahs run themselves into a black wall. 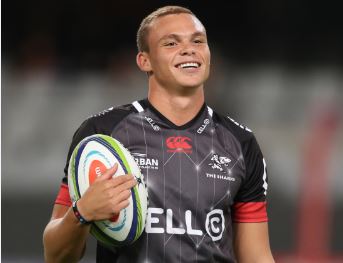 Six minutes into the Sharks’ Super Rugby meeting with the Waratahs, South African rugby groaned as Pat Lambie went off after six minutes with a groin injury.

One could feel the despair.

Springbok rugby needed the influential flyhalf to build on a decent start to the season after last year’s troubles.

74 minutes later, the gloom was lifted as his replacement, Curwin Bosch, inspired the Durbanites to an excellent 37-14 win at Kings Park on Saturday evening.

The 19-year-old prodigy was simply outstanding, contributing 27 points on his own and showing the type of authority very rare in a player his age.

It was Bosch that gave the Sharks the advantage they would never relinquish after his instincts led to an intercept try.

And, of course, his goal-kicking was ruthless.

But this win wasn’t all about Bosch.

This was a collective triumph, one where the Sharks actually showed again that a balanced game-plan is hardly irrelevant.

In a season where South Africa sides are keen to play running, attacking rugby, coach Robert du Preez has decided on a formula that will gradually get the Sharks there.

Their structure on defence was outstanding and used as a weapon for keeping the scoreboard ticking.

Importantly in the national context too, it seems that the Springbok props Beast Mtawarira and Coenie Oosthuizen are reaching their best form.

As a result, the scrums are providing the Sharks a good platform while lock Ruan Botha is emerging as a very classy line-out man.

Du Preez will be disappointed with a tame second half performance as errors crept in and the backline struggled for rhythm.

Yet that’s easily something the Sharks can rectify, especially if this backline can stay intact.