Why are SA sides missing tackles left and right in Super Rugby?

Johan Ackermann, the Lions coach, and his Bulls counterpart, Nollis Marais, provide a few reasons - in their own words. 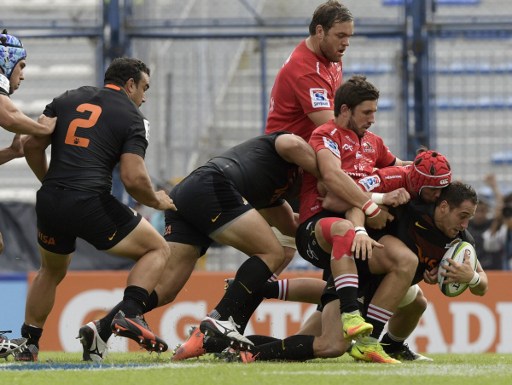 As the South African Super Rugby sides embrace a more attacking way of playing in 2017, it would seem they’ve neglected to keep things tight on defence.

We’re only into the fourth round of this season’s campaign and local sides have already missed 364 tackles between them.

That’s some pretty leaky defending, especially with the Cheetahs, Stormers and Bulls that will have to face the might of the New Zealand sides.

So what exactly is going on?

Marais: Everybody wants to follow the New Zealand sides. Even in bad weather, those sides just keep their intensity up. All our local sides have definitely stepped up their intensity too. Everybody is trying to play a skilled, varied type of game but it takes getting used to. Maybe then some aspects, like defence, is put on the back-burner a bit.

Ackermann: Almost all the teams are using a ball-in-hand approach. If you look at the New Zealand sides, there tends to be less of an emphasis on defence because you’re so intent on running with the ball. When you then lose possession, some players aren’t organised at that moment to defend. It’s sometimes more of an attitude thing and not problems with your defensive structure.

Ackermann: I believe defence is very much about a player taking responsibility. He needs to make sure he makes his hits and stops an opponent. Maybe it’s a lack of form. We had that problem (last week against the Jaguares) where certain players came back from an absence or made their first start of the season. It means they perhaps lacked a bit of match sharpness and don’t defend with the type of intensity expected of them.

Marais: There’s a trend in world rugby where teams are trying to tackle their opponents quicker by rushing up to them. We call that “linespeed”. We decided from the start of the year that we needed to go this way. But the problem is, if you’re going to rush up to your opponent, the risk is bigger that you’ll miss a tackle. Our guys haven’t played that way for years, which makes that risk very real. That means you’re defensive structure behind those first tacklers needs to be in place too as backup. But it will improve weekly as the players get used to it.

Ackermann: It’s only natural that when a side changes its defensive pattern, there will be growing pains. You’re asking players to, in a way, “forget” the previous way of doing things. It’s going to have an impact.

Ackermann: You can’t tackle a guy above his shoulders anymore. Players are thus required to change their tackling techniques. Previously, you could target a runner’s mid-rift or chest to tackle him. Now, you have to keep it lower and target the knees and hips. If you’re not going to get your technique right, you’re going to miss the tackle. Also, because your broader vision is more limited by focusing so low, a player doesn’t always see when an opponent makes a side-step. It’s all about adapting.