Robbie Fleck, the Stormers coach, pleads that the public be patient as the Blitzboks star adapts to the 15-man game. 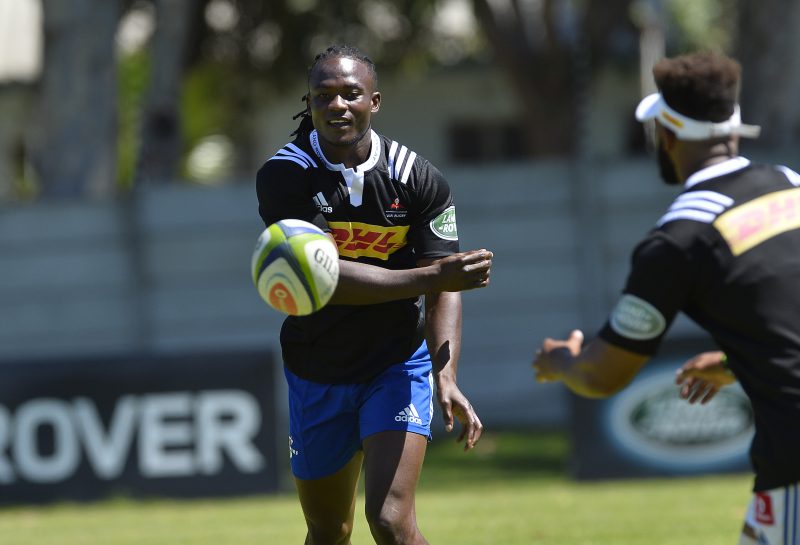 Patience will be the key for the Stormers to unlocking Seabelo Senatla. Photo: Ashley Vlotman/Gallo Images.

Seabelo Senatla is rightly regarded as the Blitzboks’ magic-maker given his brilliant record in the Sevens format.

But Robbie Fleck, the Stormers coach, has a sobering message for rugby fans who feel the flying winger could be one of Springbok rugby’s messiahs.

“We have to be patient with him as he adapts for the 15-man game,” he said on Thursday out of Singapore, where the Capetonians take on the Sunwolves on Saturday.

“Seabelo just isn’t going to create magic out of nothing. It’s a totally different game to sevens. There simply isn’t as much space in this format of the game.”

That doesn’t mean though that Senatla – picked at left wing for the weekend’s meeting – isn’t suddenly a man capable of taking the 15-man game by storm.

“He’s still the same rugby player. When he’s got ball in hand and he’s got a bit of space, he’s going to be devastating,” said Fleck.

“That’s what we expect from him. If we do our job correctly and create space for him and give him good opportunities with ball in hand or to chase kicks, then you’ll see how special he is.

The key to unlocking the 24-year-old’s devastating ability then is to actually ensure he gets the ball … and some space.

Yet top-level simply doesn’t afford players to run around with freedom, meaning the modern wing needs to adapt by looking for work on the field.

Senatla, in a previous interview with The Citizen, said that’s exactly what he prides himself on.

“I’m not the guy who sits and relaxes on the wing. I like being involved, I want to look for work. You’ll always see me in the thick of things during a sevens match,” he said.

And that hasn’t gone unnoticed with Fleck.

“He immediately adjusted well in training,” said the Stormers mentor.

“He’s a smart player, he does his homework and he’s a pure professional. Seabelo ticks all those boxes and it’s up to the rest of us now to put him in that space so we can see that magic.”