WATCH: The tricksters lead the way in our Super Rugby XV

From stupendous passes to ball juggling, our team of the week is brimming with players that bragged with outrageous skills. 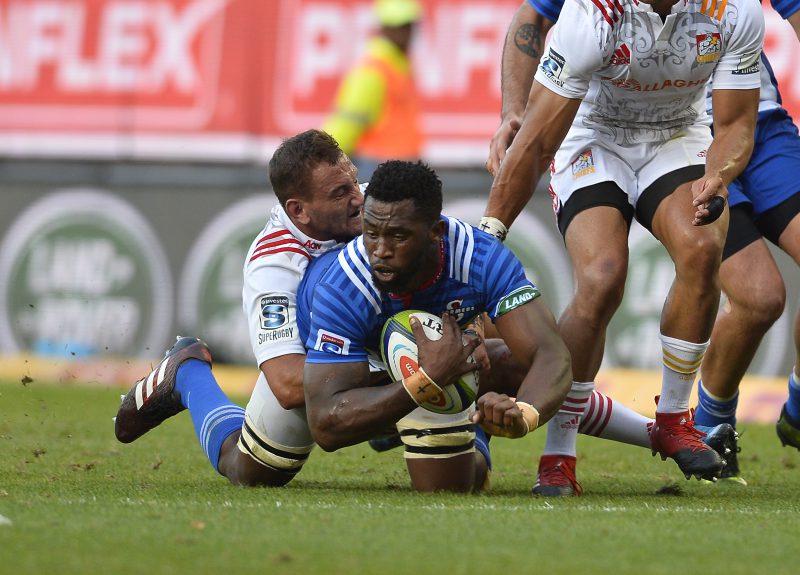 The Stormers were mightily impressive in defeating the Chiefs at the weekend, meaning it’s hardly surprising that they feature heavily again in our team of the week.

But it was notable how well the Kings performed in Perth that various of their stars also gain recognition.

Given that the men from Port Elizabeth are destined for the Super Rugby chop, surely some of these players need to find a new home.

They’re too good to go onto the scrapheap.

It was great to see he has potential as a long-range place kicker too, something that proved vital at Newlands.

His young teammate Yaw Penxe deserves a mention but the diminutive Jaer was like former Bok Gio Aplon at his best.

He might’ve played fullback at the weekend but the finishing for his hat-trick was wing-like.

This youngster continues to suggest an early Springbok cap wouldn’t be out of the question.

While his team’s busy suffering embarrassments all over, the imposing inside centre continues to make massive strides.

A good player is one that stands out in an underperforming team.

We already know he’s the form winger of the tournament.

But goodness gracious, that pass to SP Marais for his try was out of this world!

This playmaker is starting to show why he was considered a prodigy at age group level.

He had a hand in three of his side’s tries, including that brilliant sleight of hand.

Cronje continues to do the basics well too.

It’s becoming more clear why Bok coach Allister Coetzee wants to keep him in the national picture for as long as he can before Reinach goes to England.

What a classy eighthman this 23-year-old is turning into.

He carries the ball with vigour and links well with the backs.

Notshe might need to tighten up his defence a bit.

If there’s one man that exemplified the Capetonians’ gritty defence in the dying moments against the Chiefs, it was their captain.

He made a staggering 15 tackles and stole opposition ball on three occasions.

Another tackling machine in this week’s side.

Cloete was a nuisance at the breakdowns and, importantly, also did his fair share of work on the attack too.

Any player that can make people wonder if a side missed Pieter-Steph du Toit deserves his spot.

He’s the ultimate enforcer in any pack and solid as a rock in the line-outs.

The mercurial prop is truly becoming one of the most reliable performers in South African rugby.

Tackled superbly against the adventurous Chiefs without making one mistake.

Brilliant cameo after he replaced an equally impressive Beast Mtawarira.

He’s a strong ball-carrier and ensures his side doesn’t lose momentum at the scrums when he comes on.