The Springbok flyhalf's try in injury time secures a vital bonus point on a night where a desperate Force defence frustrated them. 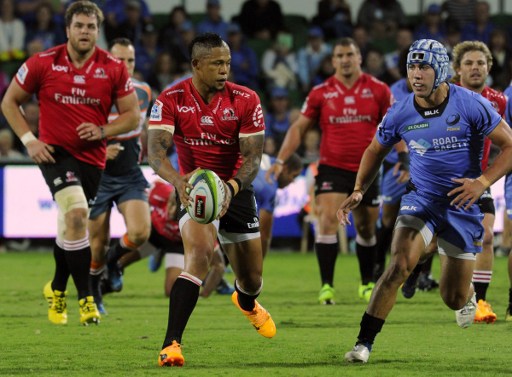 Flyhalf Elton Jantjies was the Lions’ big hero when he scored a crucial third try at the death to seal a hard-fought 24-15 Super Rugby win over a fired-up Force in Perth on Saturday afternoon.

That score granted them a vital bonus point.

Holding a narrow 17-15 advantage, the Lions used the scrum as their big weapon as they won a penalty after the hooter went to set Jantjies up as late as the 84th minute.

It was, however, an arm wrestle, with the Force producing a massive defensive display that denied the Lions from playing their normal quick, high-tempo game.

Lions hooker Malcolm Marx was a huge presence, whether it be his powerful scrumming, being a constant physical threat with his great upper body strength at the breakdowns or his ball-carrying skills. He showcased his skill with his backhanded pass to Jantjies, which ultimately led to the Lions’ second try, scored by wing Courtnall Skosan late in the first half.

Nienaber: 'French camp will help get SA-based Boks up to speed'
57 mins ago
57 mins ago

Nienaber: 'French camp will help get SA-based Boks up to speed'
57 mins ago
57 mins ago