An unbalanced group of flankers have undermined the team from Pretoria this season but the former Cheetahs star should help in that regard. 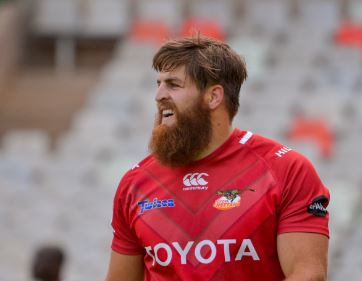 How much value will Boom Prinsloo add to the Bulls? Photo: Frikkie Kapp/Gallo Images.

There was a loud groan after last year’s Super Rugby campaign when Lappies Labuschagne left the Bulls for Japan.

Not only did Nollis Marais’ team lose one of its inspirational leaders but also a key player.

On Monday, that void was – at least officially – belatedly filled.

Boom Prinsloo’s move from the Cheetahs to Loftus was already an open secret last week yet only confirmed now.

More importantly, the Bulls have received clearance for the 28-year-old flanker to be immediately available for the current campaign.

“There can be no doubt that the arrival of Boom will bring a different element to our squad and we are pretty excited about that,” said Xander Janse van Rensburg, the Bulls’ high performance manager.

“Boom excelled in fifteens and sevens and not many players can say that. It does show how versatile he is as a player. He is also a strong leader on and off the field, another trait we want in our players.”

The Bulls need Prinsloo to be another Labuschagne, who tackled magnificently last year and attacked the breakdowns like a man possessed.

One of their shortfalls this year has been a woefully unbalanced group of flankers.

Granted, specialist opensider Roelof Smit has been injured along with Arno Botha but the general feeling is that the Bulls recruited weirdly.

Jacques Potgieter has been a good defender but injury-prone, while Namibian skipper Renaldo Bothma has not made an impact.

As a result, Prinsloo could be the answer to somewhat of a prayer.

Like Labuschagne, he’s tall at 1.88m and beefy at 101kg, meaning he could easily fulfill a similar role.

Injuries have hampered him over the past 18 months but he was outstanding in 2015, completed the third most tackles in that campaign, scoring 8 tries and stealing balls at the rucks effectively.

“I needed a fresh challenge in my career and this is it. I had a great time in Bloemfontein and will only have good memories about the opportunities they created for me in Free State, but I felt that it was time for change,” said Prinsloo.

The Bulls will hope it translate into a change in results as well.