Stormers plea: ‘We can’t do what the Lions do in just 3 months!’

The Capetonians hope fans can realise their new way of playing will take time to be perfected. And the flyhalf situation isn't helping... Dillyn Leyds could be an interesting face at flyhalf for the Stormers. Photo: Carl Fourie/Gallo Images.

Stormers coach Robbie Fleck has pleaded with fickle rugby fans to be patient with his side.

It certainly didn’t help that the Stormers won their first six matches with some sumptuous attacking rugby.

Also read: Why Lionel Cronje needs to become a Bok

The good news is that Fleck and his troops aren’t going to creep into their shells now.

“This game plan is something new for us. We’re going to make mistakes,” said the Stormers mentor, ahead of Friday evening’s meeting with the Blues at home.

“The Lions took five years to put their game in place, and people are expecting us to do it in three months.”

And the Lions coaching staff, who continually highlight that their success was a long-term process, will certainly back him up.

“I haven’t lost confidence in terms of my coaching and what we’re supposed to be doing here,” said Fleck.

“Neither have the other coaches. We’re certainly excited about the path we’ve chosen and we’re not going to veer too far from it.”

However, even if the Stormers are still going to run the ball, they’ll probably do so with a makeshift flyhalf.

With injuries playing havoc in the backline, Fleck revealed winger Dillyn Leyds could be used in the No 10 jersey.

“A lot of people have been looking forward to seeing him play there,” he said.

“Dillyn understands our game. He is an exciting prospect at 10. He is a danger – he is a danger with ball in hand and he takes the ball flat.

“He’s been with us the longest and he’s been running the show. He knows the patterns, our structures and our systems the best.”

But, as Fleck also admits, it won’t be worth moving Leyds if it will affect the rhythm of the rest of the team.

“We need to make the decision if that is the best move. If we take him out of a position, do we weaken the team?”

No one said this Super Rugby business is easy… 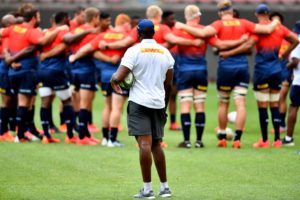 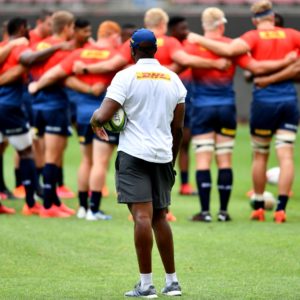