The Lions dominate our team of the week given how brilliantly ruthless they were at the weekend in the Jukskei derby. 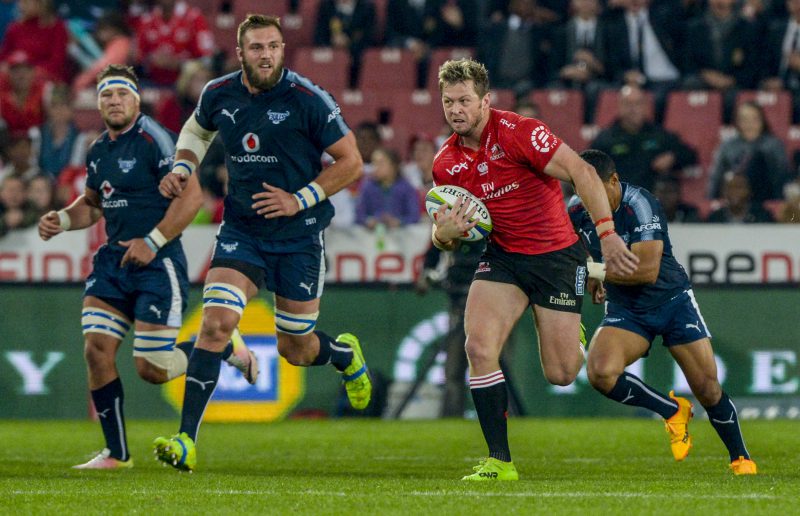 It felt as if Ruan Combrinck was never away. Photo: Sydney Seshibedi/Gallo Images.

The Lions blew the Bulls away with a first half performance many sides would struggle to counter.

In fact, they were (still) the best South African side on show by some distance the past weekend.

As a result, they dominate our team of the week.

The forgotten Springbok was shifted to fullback for the first time in ages and delivered a superb performance.

He showed his finish ability with a hat-trick of tries but it was his security under the high ball – a previous weakness – that was notable.

Was he ever away?

The Springbok wing, injured until about two weeks ago, scored with his first touch and generally wreaked havoc as the Bulls struggled to contain him.

Accomplished on the attack and defend well while the rest of his teammates didn’t.

He deserves to play in a better team, a wish that will be granted at the end of the season.

The 23-year-old has slotted in brilliantly as Rohan Janse van Rensburg’s replacement.

He varies his play and hardly misses a tackle.

The winger did everything against the Bulls: he ran 113m, beat 5 defenders, broke the line 3 times and even made a turnover.

Only a well-deserved try was missing.

Classy performance from a man who’s surely going to wear the Springbok No 10 jersey against France.

He controlled play well and held his own on defence. Still remains one of the shrewder halfbacks in South Africa.

For once he wasn’t required to tackle so much, freeing him up to show what a dangerous attacking player he can also be.

He’s an outstanding talent and is becoming more versatile weekly.

He took a while to adjust after his Sevens exploits but is now very comfortable in his role as fetcher.

The Bulls simply couldn’t find a way to stop him stealing their ball at the breakdowns.

This man is currently the best lock in South Africa, if not the whole tournament.

A real threat on the attack and a robust defender, whilst also stealing two line-out balls.

He was lucky that his yellow card for a slap didn’t cost his side more but made up for that with a splendid showing in the second half.

His brilliant try seemed to spark him to life as he dominated the scrums after a slow start.

He is the next Bismarck du Plessis. Enough said.

Wholehearted performance in a terrible game for his side.

The youngster couldn’t show much of his ball-carrying ability but held his own in the scrums and tackled bravely.