‘The plan’ comes together for impressive Ross Cronje

The Springbok scrumhalf shows composure on his Test debut and benefits from a planned move to cap it with a fine try. 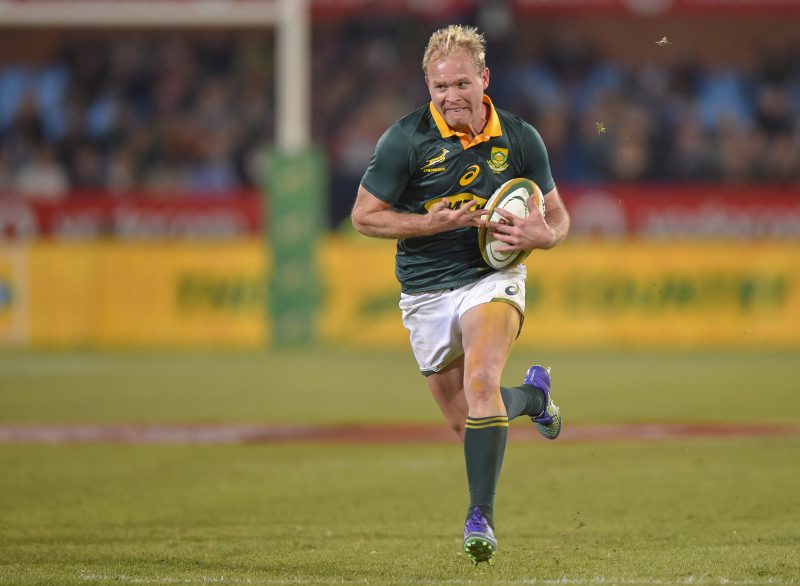 Emerging as one of the big Springbok stars at the weekend, scrumhalf Ross Cronje admitted his try on debut was a planned move.

Cronje scored the Boks’ third try against France in their 37-14 win at Loftus Versfeld after a deep lineout throw went to captain Warren Whiteley, who popped it to Cronje for a clear run.

“We trained for that during the week and then it didn’t work out quite as well as it did during the actual game, but I’m just happy the one in the game came off for us,” said the Lions stalwart.

The Lions scrumhalf admitted he had butterflies in his stomach before his first Test for South Africa.

“I was pretty nervous earlier in the day,” Cronje said.

“But as soon as we ran out for the warm-up and started passing the ball I felt better. I think the nerves were more a case of excitement.

“It was pretty much what I expected and more.”

Cronje paid credit to the Bok pack, as they stuck to the plan the coaches had set out for them, and giving their backs some quality ball and running space.

“The forwards provided a great platform and us backs left a little bit out there in the first half. One or two bounces didn’t go our way,” he said.

“But we can’t be disappointed with the performance even though there’s still a lot to work on.”

Cronje admitted, however, there still needs to be continued improvement.

“It’s just the start of the series and it was just the first game. We still have a job to do,” he said.

“And you can never write off the French. They are a tough side with good ball-players, so we have to front up again.”

Revealed: Springbok squad to play three Tests in UK
2 hours ago
2 hours ago

Revealed: Springbok squad to play three Tests in UK
2 hours ago
2 hours ago