Flanker Jaco Kriel believes the side is on the cusp of a great new era while the experienced Francois Hougaard raves over being back. 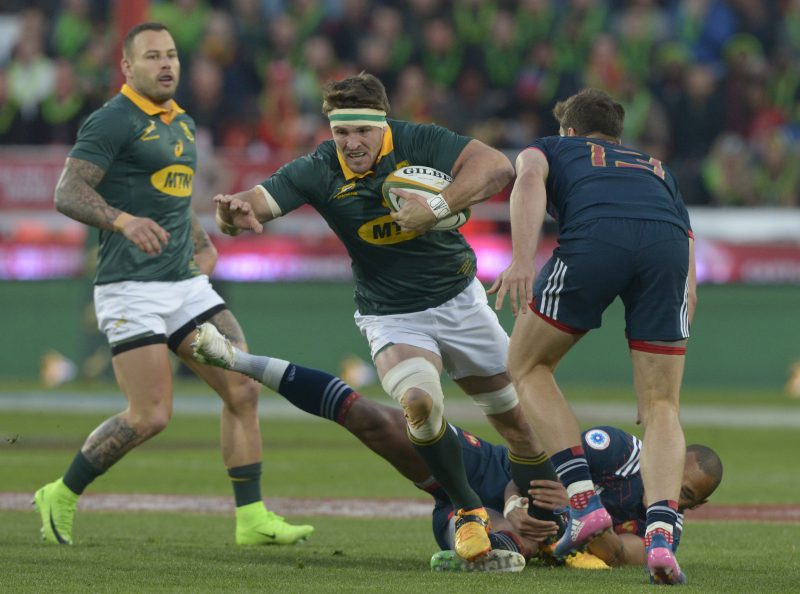 Kriel was a late inclusion in the starting line-up for the 35-12 win over France at Ellis Park on Saturday, after captain Warren Whiteley withdrew, which allowed Jean-Luc du Preez to be shifted to No 8.

“I think the Bok culture is on its way back,” Kriel said after his first start in his eighth Test.

“We are not quite there yet but we are definitely moving in the right direction.

“I only found out on the Friday that I would start, but in the end it was not a major disruption because Warren sat out training for most of the week.”

Meanwhile, scrumhalf Francois Hougaard was thrilled to again be a part of the starting team after playing off the bench in the first two Tests of a 3-0 series win over the tourists.

“It’s easier to have the nine on your back and be starting, but the character of the side is evident in the ones holding the tackle bags during the week,” he said.

“But we believe in where we are going and it’s all about the entire 31 (member squad) contributing to the cause.”

Hougaard said they had hoped to increase the pace of the game at altitude but the French fought bravely.

“We wanted to outplay them as they were coming in late from Durban,” he said.

“But in the end they targeted the breakdown and managed to slow our ball down.”

Tighthead Ruan Dreyer expressed mixed emotions after his debut when he first won a scrum penalty but then conceded two straight after.

“The first instincts were that it was easy after that first scrum, but the French are a good scrumming unit,” he said.

Dreyer felt the scrum would always be a battle as teams fought for stability.

“It was, however, great to have made my debut at Ellis Park, my home ground with the Lions, even though the emotions ran high before the game,” he said.