The former stalwart Cobus Grobbelaar believes a tight-knit unit should have the final say but the Crusaders will nonetheless be dangerous. 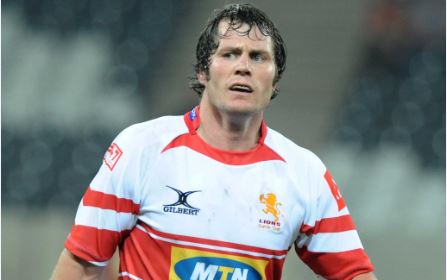 Cobus 'Baywatch' Grobbelaar was one of the most reliable players to don a Lions jersey. Photo: Lee Warren/Gallo Images.

It could be their title to lose, but then the Lions must capitalise on the massive opportunity of being able to play this weekend’s Super Rugby final against the Crusaders in front of a capacity Ellis Park crowd, believes former Lions captain Cobus ‘Baywatch’ Grobbelaar.

“There are few other places as electric as playing in front of a full house at Ellis Park,” he said, “and the way the Lions are playing, they should fancy their chances”.

But Grobbelaar cautioned that the Lions will have to counter the big Crusaders pack, loaded with All Black stars.

“The Lions will have to play the big moments well, they will have to defend incredibly well and will have to find ways to disrupt the Crusaders’ momentum,” he said.

“If they can manage that, they have some exciting backs to do real damage.”

Grobbelaar said in his days, the altitude factor at Ellis Park didn’t play as a big role as these days.

“We mainly played with the 15 guys who were only replaced in the case of injury,” he said.

“But nowadays with squads of 23, the impact of the bench players has become an increasingly key aspect of the modern game.

“I don’t think however the altitude will have much of an effect on the Crusaders. They know they are standing just 80 minutes away from the trophy.”

Grobbelaar lives in Pretoria West these days, where he runs his own recycling business.

“What I miss about the game is the cameraderie and friendships but I definitely don’t miss the tough training sessions,” he chuckled.

“We are still often invited to go and watch games at the stadium, but I really enjoy life without the intensity being part of it.”

He still stays in touch with his old team-mates like Wikus van Heerden, Deon van Rensburg and Doppies la Grange.