A rampaging loose trio, led by Siya Kolisi, lay the platform for an ideal start to the Rugby Championship for Allister Coetzee's troops. 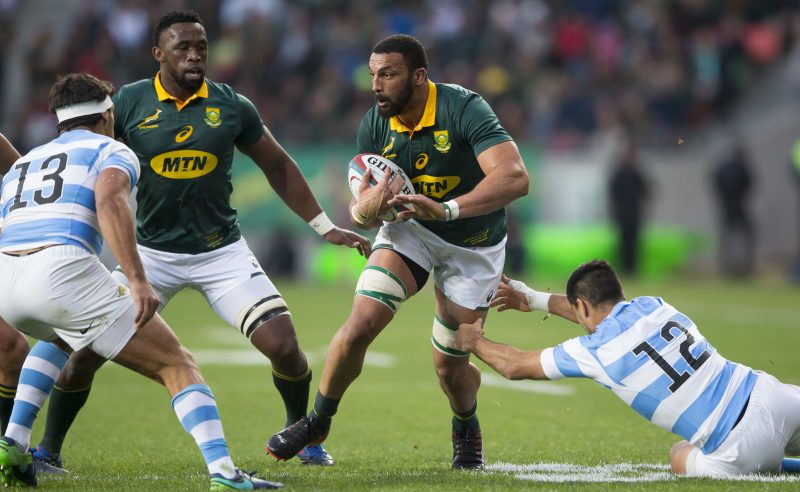 Not even a passionate defensive performance from the Pumas could prevent the Springboks from opening their Rugby Championship campaign on the highest note possible by beating Argentina 37-15 at a packed Nelson Mandela Bay Stadium on Saturday night.

Leading 13-5 at the break, the Boks scored four tries against two but Argentina showed why they are not regarded as lightweights in world rugby any longer and pushed the Boks for long periods with their tenacity.

The moment everyone was waiting for arrived in the 76th minute when Curwin Bosch replaced Elton Jantjies at flyhalf who produced a faultless kicking performance.

The 2o-year-old received a roaring reception.

It’s probably grossly unfair that the award must go to a singular player because flank Siya Kolisi, flyhalf Elton Jantjies and both wingers –  who scored their first tries at Test level were great – but flanker Jaco Kriel was enormous in the amount of work he went through.

Key moments of the game