Springboks won’t have their captain back till November

But at least Warren Whiteley's rehab is on track as most of the Boks in Bloem look in good health before the Wallabies. 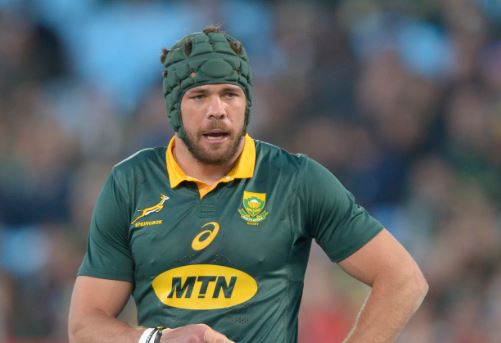 Springboks team doctor Konrad von Hagen confirmed on Monday that skipper Warren Whiteley will only be in a Green-and-Gold jersey again when the team sets off for the end-of-the-year tour to the United Kingdom.

The Boks returned to training on Monday for their Rugby Championship clash this weekend against Australia in Bloemfontein following their week off after their 57-0 loss to New Zealand.

“Warren is on track and continuing with his rehab but he won’t return for the Championship. We are looking more towards the end of the year” said Von Hagen.

“Jaco Kriel had an operation last week. It’s quite an extensive shoulder injury so he will be out for approximately six months. It’s unfortunate for us but he’s taken care off at the Lions,” he said.

“Coenie is recovering after the fracture to his forearm and should be out for another six weeks. Luckily that’s not a long-term injury.”

Better news is the return of scrumhalf Ross Cronje, who’s “recovered from his viral illness”.

His halfback partner, flyhalf Elton Jantjies, seems to struggle without him and the coaching staff should expect the two to provide a stable platform at the weekend.

Von Hagen said they are also happy with the progress Handre Pollard has been making.

“Handre has been put through a lot of extra paces. In the few weeks that he has been with us he has done double to triple to what everyone else has been doing,” he said.

“We don’t even speak about his ankle anymore. It’s not a problem any longer.”

Experienced flank Francois Louw joined the team from English side Bath and seems to be in great shape.

“Francois has just joined us. There are no issues from his side, just had a bit of a travel fatigue. We just made sure his load a bit less on Monday and by Tuesday he will fall in with everybody else,” said Von Hagen.