It's almost the end of the season and that means wild stories of players moving but the Springbok scrumhalf isn't one of them ... yet. 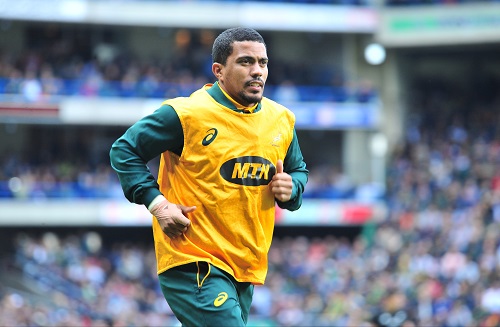 Local rugby’s silly season certainly seems to have returned with a bang and there’s a Springbok at the heart of it.

Both the Lions and the Blue Bulls have rather emphatically denied that Rudy Paige is crossing the Jukskei River again to return to Ellis Park.

Yet given South African rugby’s general shortage of quality scrumhalves, it would’ve been strange for the Bulls to let Paige go.

After all, he’s held in high enough esteem by Bok coach Allister Coetzee and co to play Test rugby.

“Actually, we’ve had a board meeting on that and at this point in time, a lot of that stuff is speculation,” said John Mitchell, the Bulls’ director of rugby.

“Until these type of stories are accurately reported and truthful, I really can’t comment. At this point, Rudy is very much part of our group. I haven’t seen any transaction going past my eyes. There’s always going to be trading at this time of the year and that will always lead to speculation.”

The Lions are singing the same song with chief executive Rudolf Straeuli confirming no agreement has been reached with Paige.

The union has a policy nowadays of first developing their talent internally before exploring the market and have unearthed an excellent prospect in 21-year-old Marco Janse van Vuren.

“We’ll fight tooth and nail to keep him,” he said.

“We also have to be honest and say that much of these stories are bluster, agents who are trying to market their clients.”

Paige left the Lions for Loftus in 2012.