The Lions ‘family fights’ that keeps up the excellence

Father and son, Swys and Niel de Bruin, find themselves in the same coaching team nowadays. It's a dynmaic that seems to be working. 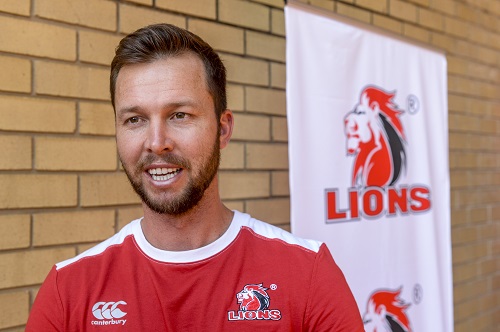 But it’s all part of the process of working together to make the Lions a great side.

“We agree about a lot of things, but also differ over a few things. It’s like any father and son does sometimes,” chirped the 31-year-old.

“But the dynamic between my dad, Joey Mongalo (the defence coach) and I is very healthy. Forwards coach Philip Lemmer is great.”

“It’s a challenging environment but we grow together and ask tough questions of one another.  We don’t just say yes and agree all the time. We challenge each other.

“It is genuinely a great place to work at and the guys are excellent colleagues to share the workplace with.”

Despite the big winning margin that was achieved last week against the Jaguares, De Bruin believes the Lions’ first two games were decent barometers to establish the level at which they are performing currently.

“We are happy with where we are. The attack is definitely getting better, against the Jaguares it was good but maybe started a bit slower against the Sharks,” he said.

“But it’s a long competition and this weekend will be a good opportunity to go up another level.”

It is the Lions first away game on Saturday and while they face a resurgent Bulls side under John Mitchell, they actually boast a decent record against their hosts in Pretoria.

“We are trying not to read too much into the Loftus factor. We try to see it as just another game, but it is the Bulls at Loftus so it remains special. There’s an urgency among all of us.

Lions do a ‘Pieter-Steph’ in switching Mostert