Robbie Fleck's troops fluff their lines on defence and struggle in the line-outs again as the defending champions take advantage. 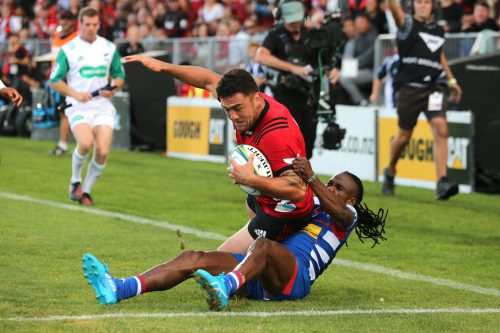 Codie Taylor of the Crusaders scores a try during the round two Super Rugby match between the Crusaders and the Stormers. (Photo by Martin Hunter/Getty Images)

A lineout that was never functioning coupled with even poorer defence – mostly in the first half – were the two big reasons why the Stormers went down 45-28 to the defending champions the Crusaders in Christchurch on Saturday in their Super Rugby match.

With three of their four tries scored by props, the Stormers launched a courageous second half fightback after trailing 31-7 at the break to reduced the deficit to 31-21 by the 50th minute.

However, the Crusaders then pulled away again.

Crusaders flyhalf Richie Mo’Unga was the architect of his team’s early half blitzkrieg, where they scored four tries. His ability to create  space for players like wing George Bridge and fullback David Havilli was notable, while he showed his own scoring prowess in dotting down for his side’s seventh try.